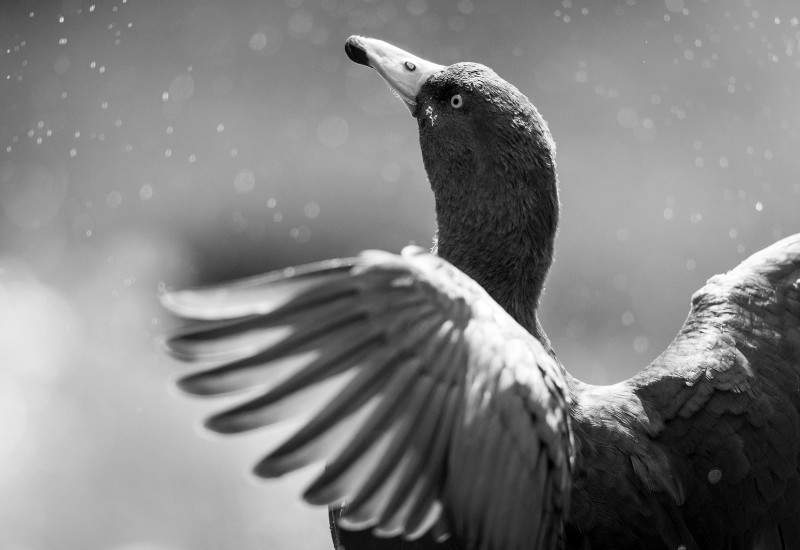 Elementa, the third entry in Richard Sidney’s Speechless trilogy, is the filmmaker’s most refined effort yet. It is a short but wholly organic cinematic experience, which will sear images deep into your subconscious.

The film is a collaborative effort between Sidney and musician Boreal Taiga. It uses black and white cinematography within a triptych frame to take viewers to the most remote parts of Earth and interact with its creatures, including a mysterious black bear with white fur found deep in Canada’s Great Bear Rainforest. In the absence of dialogue, Sidney’s camera guides us through the extremes of each primary element, revelling in their sublimity.

Elementa is ferocious and meditative in a way that no environmental documentary I’ve seen quite achieves. The choice to focus exclusively on the power of visual language is a bold one. Within minutes it becomes clear that to present his findings in black and white in a triptych split screen is to meld these vastly differing scenes into one. Suddenly my eyes zero in on how the sharp lines of a fiery volcano contrast with those of a snowy mountain, how the silhouette of a turtle interacts with the texture of a crystal-clear seashore. Here Sidney manages to capture the serenity of nature in a powerfully nuanced way, without any need for a spoken explanation.

While organic sounds soar, Taiga’s score often feels monotonous, failing to add emphasis to moments that demand it. Still, from a technical standpoint, Elementa serves as a masterclass in how to use the camera. We simultaneously see a colony of fish swimming, a bear plucking one of them from the current, and a bird perched in the distance watching on. Each is filmed under a different circumstance that invites individual difficulties and yet, side by side, Sidney’s selected style puts all of nature on an even playing field. We may not know where we are on the map, but we know it’s out there somewhere, which adds to the mystique surrounding Elementa.