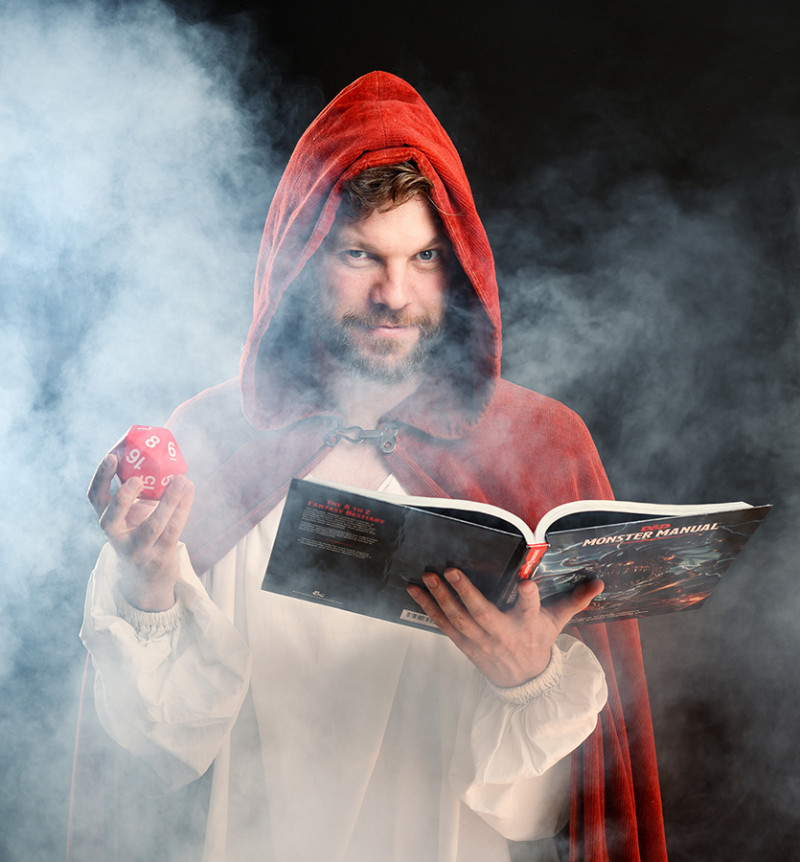 Whether you’re a seasoned veteran of the Dungeons & Dragons lore or a newbie looking to find your way in the mystical realms of world building, the Dungeons & Comedians troupe, all the way from Christchurch, is possibly one of the funnest ways to approach the famous fantasy role-playing game. Taking a game already inherently rooted in improv and interactive storymaking, Dungeons & Improvisers brings another layer of fantastical performance and personality to Dungeons & Dragons… and improv!

In this NZ Improv Fest show, DM (Dungeon Master Brendon Bennetts) guides three characters chosen at random through a world of fantasy and adventure, comedic mishaps, and (un)lucky dice rolls. As the DM creates a scene, they employ the help of their ‘imps’: six cast members who contort and transform their bodies to form both inanimate objects and living characters for the three protagonists to interact with on their journey. The audience too is called upon to create obstacles, perils, and plot points, bringing the show to life. Tonight, an old wizard in a red coat named Nimbus the Blue (Wiremu Tuhiwai), a sparky rogue called Bella Doone (Amelia Cartwright), and a comical fighter introduced as Gregnog (Tara Swadi) find themselves facing the amphibious frog prince, usurper of the town of Spawn.

The characters are accompanied by Matt Carroll on the keyboard, who expertly and seamlessly provides atmosphere, anticipation, and aesthetic to every scene. Meanwhile Zoe Higgins masterfully lights the show with a myriad of hues and shades depending on the scenario... or flashes of red for dangerous combat scenes! Both the lighting and the tailored soundscape add a sense of heightened reality to the already very real world unfolding on stage.

Perhaps the best part of the show is the pure, unadulterated imagination on display. Already improvisational in nature, the performance qualities of Dungeons & Dragons truly lend themselves seamlessly to an improv stage show. It’s easy to see why Dungeons & Comedians have sold out shows for the last four years!