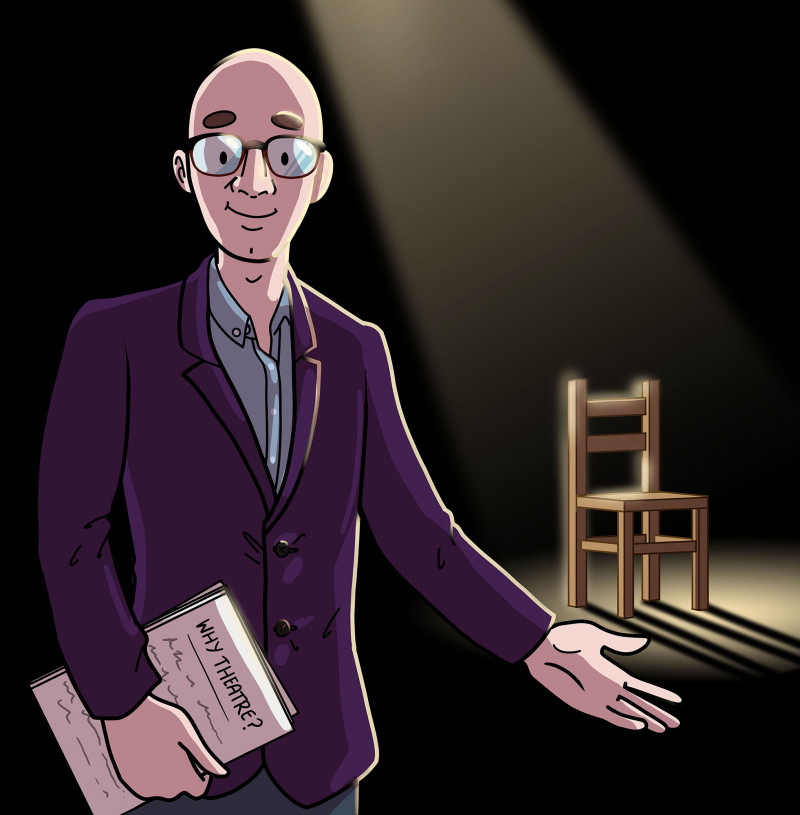 Dr Drama Makes a Show With You

A rollercoaster ride from the very beginning, Dr Drama Makes a Show With You flips your expectations and theatrical convention on its head from the moment the lights dim, or in this case brighten, for suddenly you become the star of the show! Dr Drama (James Wenley) playfully breaks the fourth wall, deliberately deconstructing what it means to be a performer versus an audience member, and what role we think the audience, the performer, and performance itself should play.

Dr Drama calls the audience onto the stage to become performers. Conventional performance pieces about Wenley’s personal relationship with and love for theatre, along with his experience isolating alone during lockdown, are interspersed with theatre games, didactic segments, conversation, and of course your very own show. Tim Fraser’s lighting design spotlights traditional performance moments while the audience remains in the dark, but illuminates the whole stage when the audience are to perform. Alongside Wenley’s narrative, Fraser’s use of lighting ingeniously underscores theatrical practice while simultaneously questioning its norms and boundaries.

Wenley’s show is artfully self-aware, broaching relevant topics such as loneliness, a shared struggle in the midst of a pandemic. Wenley brings theatre back to its choral roots, changing the notion of what it means to attend a performance into something much more human, much more collective. Each moment links together with a common thread of hope. Theatre acts as the binding force by which we can not only overcome loneliness, but also connect with others in a world where we are becoming increasingly divided physically, socially, and emotionally.

Dr Drama Makes a Show With You is both clever and effective. Wenley successfully involves his audience and navigates around (at least my) discomfort. The juxtaposition between actor and audience performance is exciting and fresh, but also thoughtful and constructive, inspiring me to consider less traditionally Western modes of performance and its effect in my own small world as well as society at large.