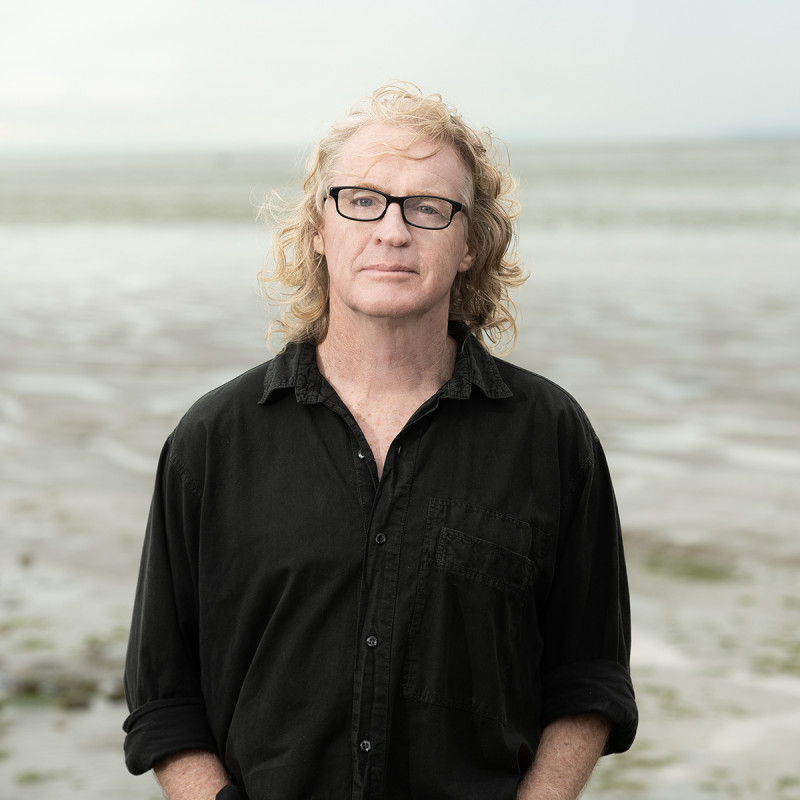 Don McGlashan And The Others

McGlashan’s latest album Bright November Morning was recorded with The Others, so this concert was a full band experience – not just McGlashan with a backing band.

The tight rhythm section of Chris O’Connor on drums and James Duncan on bass laid a solid platform for McGlashan (guitar, piano, and euphonium), the legendary Shayne P Carter on lead guitar, and Anita Clark on violin and mandolin. McGlashan was ably supported by all The Others on backing vocals.

McGlashan said that support act Michael James Keane “had told him that he was going to whip the crowd into a frenzy, and he obviously had done just that!” Keane’s songs, dry wit, and humour did win the crowd over.

The concert was a blend of McGlashan’s new material and classics: new songs Sunscreen, Lights Come On, Go Back In, and All the Goodbyes in the World were followed by A Thing Well Made, featuring euphonium, violin, and Clark’s gorgeous harmonies – creating an ethereal effect off the surrounding timber walls.

The melancholic, haunting Song for Sue, surely an APRA Silver Scroll Award contender, was followed by Bathe in the River – the first verse in te reo, to the crowd’s delight. Nothing on the Windows was followed by the anthemic Anchor Me – the simplicity of piano, violin, and Clark’s backing vocals was uplifting. Shackleton, written from McGlashan’s week-long excursion to Antarctica in 2012, preceded the classic White Valiant.

John Bryce, an angry song about Parihaka, had the band at full volume and featured the full force of O’Connor’s drumming.

Following Start Again, the driving Don’t Fight it Marsha, it’s Bigger Than Both of Us featured Carter’s intense, thrashing guitar. Dominion Road had the crowd rocking in their pews, and by The Heater it was surprising no-one was dancing in the aisles.

The first encore When the Trumpets Sound was followed by Pulled Along by Love, featuring the crowd’s vocals on the chorus!

It was a privilege to see a New Zealand musical icon at such an iconic venue as Old St Paul’s.