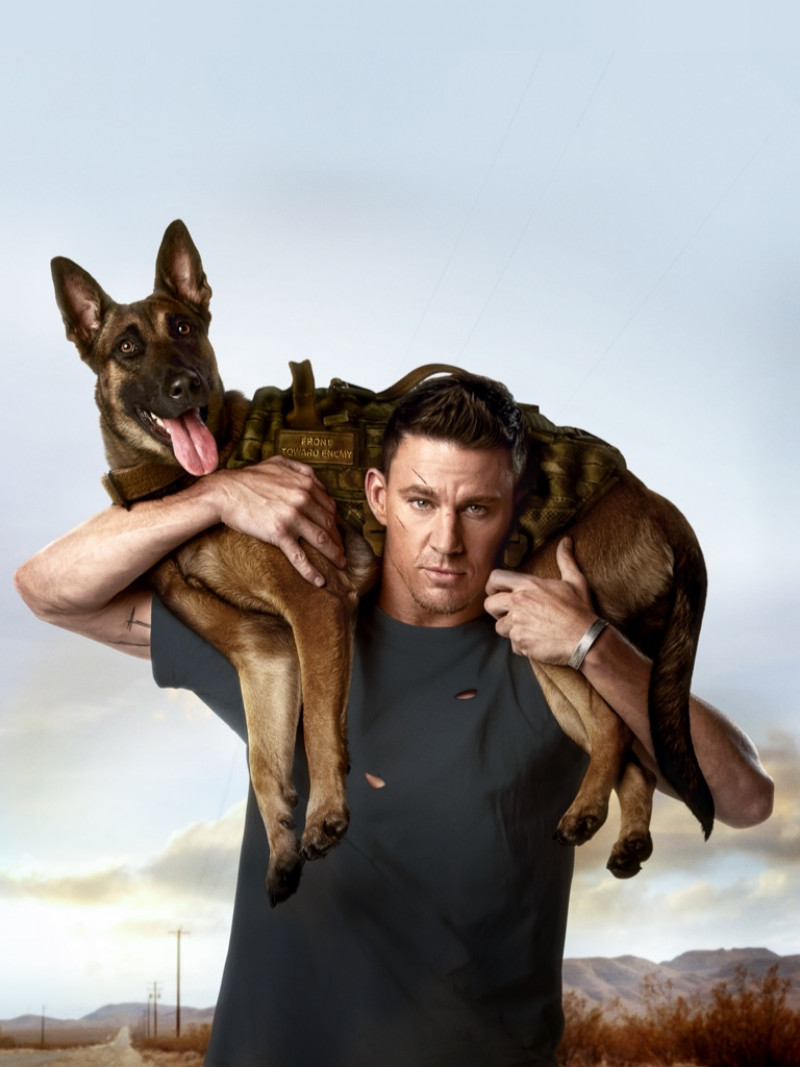 Channing Tatum and a dog. Two of the best things in the world. Safe to say I was fizzing to watch Dog and it did not disappoint – although I would have scored it at least half a star more if Magic Mike had dropped in to say hey.

Written by Reid Carolin and Brett Rodriguez, and directed by Carolin and Tatum in his directorial debut, Dog is an instant family classic. Calling it a family flick might be a stretch as there are some lewd elements, hence the PG-13 rating, but ultimately it’s a buddy comedy with some deeper underlying currents that elevate it from good to doggone good. Sorry, couldn’t resist.

The movie follows Army Ranger Briggs (Tatum), who must escort the dog of the fallen Sergeant Rodriguez to his funeral. Trouble is, the sweet-faced Belgian Malinois is anything but. Both man and dog are suffering PTSD, and while Briggs does his best to represses his, Lulu’s approach is a little more – er, rip-your-face-off-and-eat-it, I believe is the technical term.

If Briggs can drive Lulu to the funeral from Oregon to Arizona without incident, he’ll be reinstated into service – something he wants desperately but would be the most destructive thing for him. Sadly, speaking of destruction, Lulu is set to be put down after her dad’s funeral, raising the stakes of the film and making the audience love her even more.

Lulu is played by three different Belgian Malinoises and is absolutely the star of the show here. Her ridiculous antics, like headbutting Briggs in the throat, nearly leading him to his death on a pot farm, and annihilating a teddy bear, are pure joy. But it’s in her bond with Briggs, a more vulnerable Tatum, that the true strength of the film lies. The rest of it is fluff: Dog is about two broken soldiers healing each other.

Army Ranger Noah (Ethan Suplee) sums it up best when he talks about his dog Nuke, who served alongside Lulu in Afghanistan.

“I’ve been working him every day for six months. When he stopped struggling, that’s when I realised maybe I could stop struggling too.”