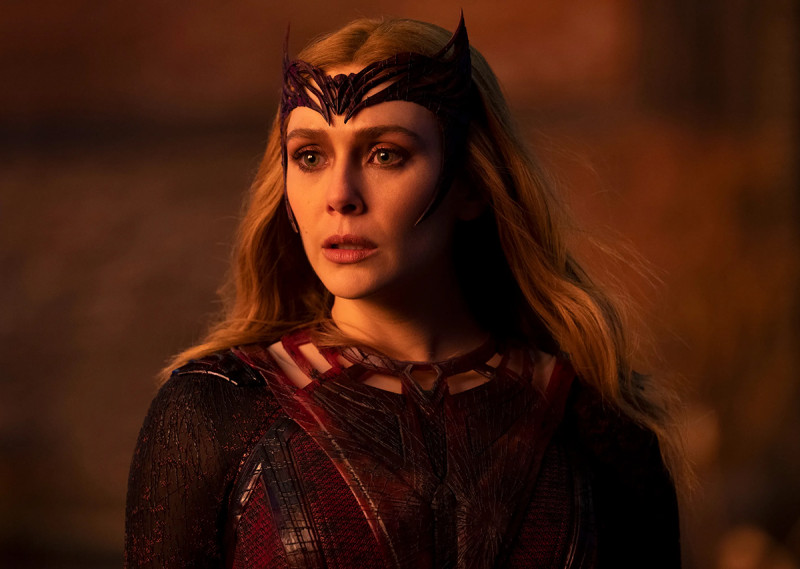 Doctor Strange in the Multiverse of Madness

Marvel’s latest film Doctor Strange in the Multiverse of Madness has again proven why the franchise should have started fresh after Avengers Endgame in what was a fantastic, emotional, and natural end. However, the unfortunate reality in the movie world is that money talks, meaning that Marvel will continue to pump out mediocre movies that hide behind a popular overarching storyline for as long as… well possibly forever.

Doctor Stephen Strange (Benedict Cumberbatch) is swept up in a journey across the multiverse as he looks to protect his newest powered companion America Chaves (Xochitl Gomez) from fellow superhero Wanda Maximoff (Elizabeth Olsen). Witnessing the power of the multiverse, Wanda has embraced her evil identity as Scarlet Witch, taking extreme measures in her pursuit of America’s power.

My problem with Multiverse of Madness is that it is not a good movie. Now that may sound like an unimaginative statement but hear me out. Marvel is such a beloved franchise that they don’t seem to need to make, or care about making, a good movie anymore. Instead of pushing the boundaries as they did for the original Iron Man, Black Panther, and Endgame, recent films like Morbius, Eternals, and Multiverse of Madness are cursed with uninspired effects, disappointing performances, and nonsensical stories. Sadly, the simple act of inserting a superhero from days gone by is enough to get crowds clapping and cheering for more.

Director Sam Raimi couldn’t even decide what genre Multiverse of Madness is – horror, action, family? We have also reached the point where CGI is not just overused, but it doesn’t even look great. Another issue is that you need an overwhelming knowledge of the Marvel universe to even understand what is going on. Gone are the days when you could enjoy most Marvel films as standalones, no, you now need to watch five films and a couple of TV shows to have a chance.

Half a star for some entertaining fight scenes and the odd funny joke but overall, Doctor Strange in the Multiverse of Madness had the chance to step away from the mediocre, run-of-the-mill films Marvel has been pumping out – it didn’t.