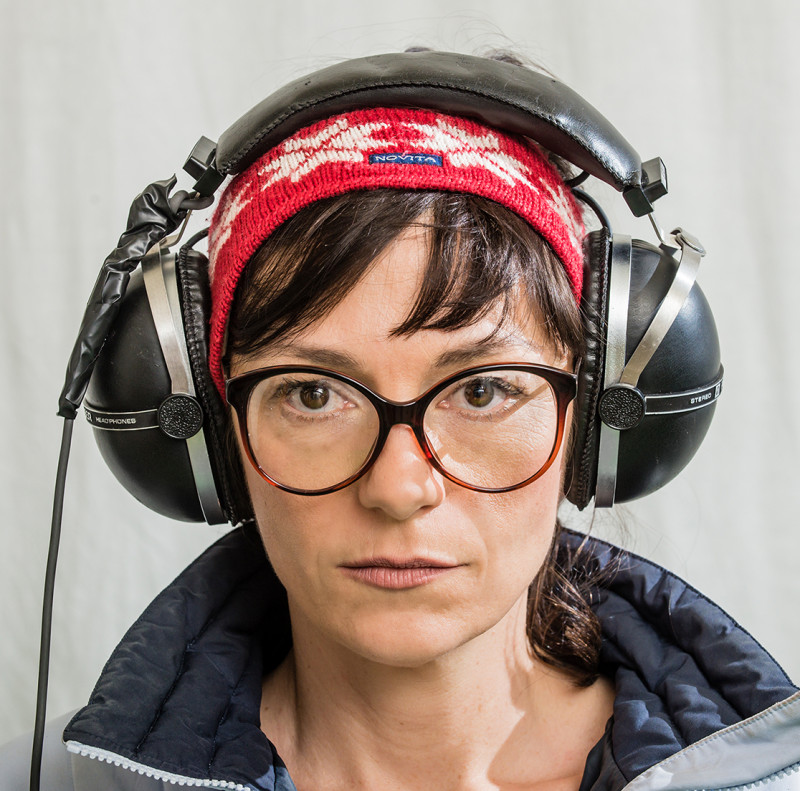 An ingenious combination of mime and puppetry, film and soundscape, Dimanche is a production about climate change. Over a series of vignettes, we follow different species as they struggle to survive in an apocalyptic world. A polar bear and its cub, a bird and its baby, and a human film crew and family are all performed or brought to life by Christine Heyraud and Dimanche’s creators Sicaire Durieux and Sandrine Heyraud.

Dimanche is world-class stage sorcery. Scale and perspective are concepts to be toyed with, not adhered to. For instance – and this is just one of the many examples of sheer brilliance on display here – a toy car drives along the hilly contours of a human body. All of a sudden, audiences are transported inside the car itself, where windscreen wipers and a wheel create an entirely believable reality. Brice Cannavo’s sound design hits the illusion home, transitioning from music as it would sound inside the car to the way someone might hear it outside. Guillaume Toussaint Fromentin’s lighting design more than supports the magic; at times, it creates it. For the car scene, an overhead ceiling light shrouds the rest of the stage in pitch black emptiness – a convention that’s repeated to breathtaking effect when an entire house is drowned by a tsunami.

Waw ! Studios and Joachim Jannin have created outstanding puppets, including a life-sized polar bear and a grandma so detailed I initially thought she was real. A bit with this puppet and a dodgy stairlift is a comedic highlight of the show.

Beneath the whimsy and joy, Dimanche carries a dire warning. Earth is a ticking time bomb, and it’s entirely our fault. What’s more, we’ll do everything in our power to ignore the consequences of our actions. We might even, quite literally, eat a roast chicken in the eye of the storm.

Dimanche should be shown – even taught – in all schools, lecture halls, and workplaces. Its message is clear, but never has it been so deafening.