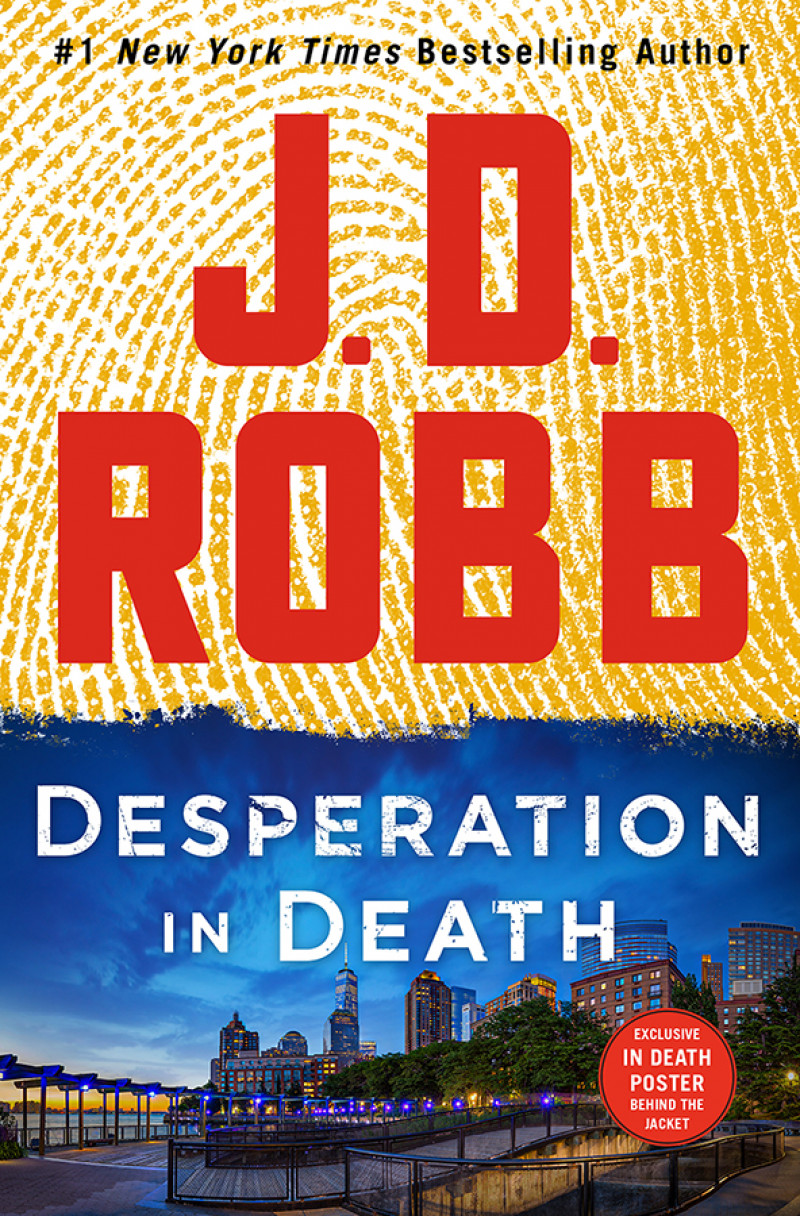 What amazes me the most is that even over several entries, the In Death murder mystery series still has so much to give. Neither Nora Roberts nor her star character Detective Eve Dallas seem to have run out of steam yet, and in her latest title, Desperation in Death, they both seem to have more energy than ever before. I think that’s partly because of Roberts’ emotionally charged writing style, which sucks me into her world and makes me feel for the characters involved – even the villains made me feel something (albeit in a very negative way).

At the centre of the story is Dallas and her team of police officers, who Roberts manages to inject with some real heart; almost to the point where they seem genuinely alive. While that might come off as hyperbole, the truth is Roberts is just that darn good. Special mention has to go to Dallas and her millionaire boyfriend Roarke, who cement their status as the unofficial power couple of their futuristic New York city.

One negative for me is that this might be one of the more disturbing adventures that Roberts has tackled. While I won’t spoil anything for you here, I will say that some of the subject matter gets quite dark, and it may not be everyone’s cup of tea. There were times when I had to take a break from the story before coming back to it, simply because I found it so unsettling. However, I have to point out that this was more of a ‘me’ problem and you might not have any issue with the story at all.

Even if you are a bit on the sensitive side like me, if you stick with it, I think you will be rewarded with an amazing story that tugs on every emotion until the very end. Here’s hoping that Nora Roberts (aka J. D. Robb) and Eve Dallas return sometime soon in 2023.