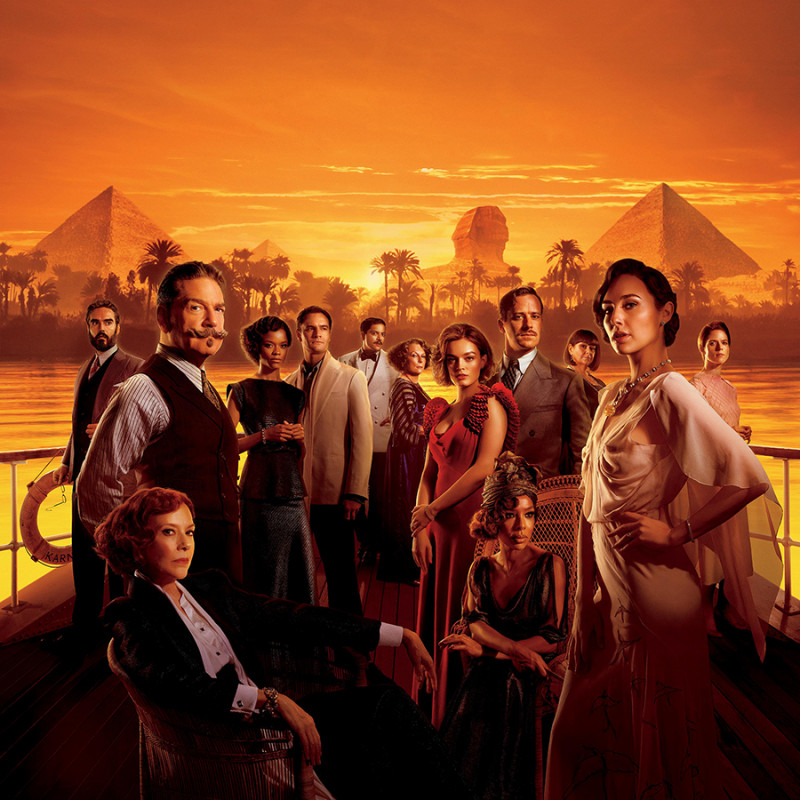 Death on the Nile

Whether or not you’ve seen its prequel Murder on the Orient Express, Kenneth Branagh’s newest rendition of the famous Agatha Christie murder-mystery Death on the Nile is well worth a watch. With a star-studded cast the likes of Annette Bening, Gal Gadot, Armie Hammer, and Kenneth Branagh himself as the inimitable detective Hercule Poirot, this movie will keep you on the edge of your seat.

Poirot is happily enjoying his holiday in Egypt when he is interrupted by his friend Bouc’s (Tom Bateman) invitation to join the wedding party of Linnet and Simon Doyle (Gadot and Hammer) down the Nile River. However the honeymoon takes a turn for the worse when death makes a not-so-surprise appearance aboard the cruise.

Utterly glamorous, Branagh’s rendition fully embraces the vintage aesthetic this period piece permits. From costumes to props, and even setting, the film itself is so indisputably beautiful that it comes as a shock to find it was filmed entirely in a London Studio and not along the sultry shores of the Nile herself.

The score is beautifully crafted, featuring jazz music that would have been at the height of fashion in 1937. Unique however is that the score is seamlessly woven into the story itself through the character of Salome Otterbourne (Sophie Okonedo), a famous jazz singer of the novel’s era who happens to be invited along on the cruise.

The editing style wholly embraces the murder-mystery genre of the film. With wide slow exposition shots interspersed with quick cuts in moments of tension, the editing leaves you on edge and desperate to uncover the killer. Similarly, the cinematography guides the viewer’s eye exactly where it needs to be, hiding clues in plain sight and revealing just enough to formulate conjectures and accusations. Interrogation scenes characterised by chiaroscuro lighting denote a sense of paranoia, whereas sweeping circular shots of Poirot pacing around his suspects create unease and restlessness, making even the viewer feel a little guilty.

Glamorous, classic, and undoubtedly fun, Death on the Nile delivers precisely as promised.