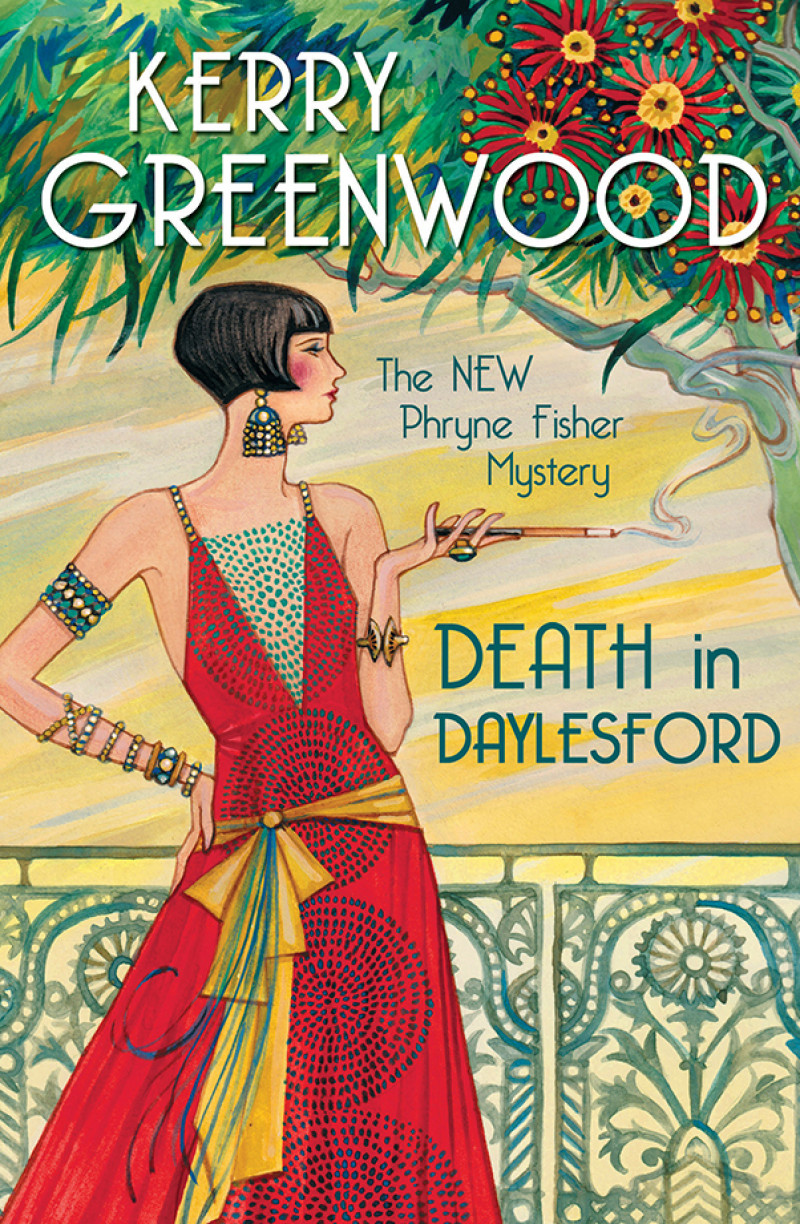 Set near the end of the roaring 20s, Death in Daylesford sees the return of Phryne Fisher (pronounced fry-nee) and her ever-faithful assistant Dot as they’re plunged into a new adventure involving murdered suitors and several missing women. Meanwhile, back in Melbourne, her family of adopted children, Jane, Ruth, and Tinker, attempt to solve a mystery of their own when one of their friends from school dies in suspicious circumstances.

I really have to tip my hat to author Kerry Greenwood. The way she’s able to weave such a seamless narrative is simply outstanding. I was never left scratching my head and wondering “who was that”, or “what’s happening now?”

Phryne Fisher has been Greenwood’s baby since she wrote her first book in the series (Cocaine Blues) in 1989, so it’s no surprise that Death in Daylesford is as good as it is.

From the beginning, the world she’s created drips with atmosphere and crackles to life.

Characters are more than just words on the page; they’re fully functioning individuals, and almost all of them have a part to play in the story. The standouts would have to be the stars of the show, Dot and Phryne herself. Both women couldn’t be more different in terms of outlook, social status, and religious views, but somehow Greenwood has juxtaposed these personalities and made them work. Phryne is portrayed as modern, open-minded, and fully embraces new experiences with her ‘come what may’ attitude. Dot, on the other hand, is far more conservative and behaves more in line with what’s expected from a woman in 1929.

The only problem I could find was that I didn’t like the story involving the dead schoolmate. It felt unnecessary and only served to take me away from the adventure that the two main characters were having. However, it didn’t stop me from enjoying the book.

If you’re into your old-fashioned murder mysteries, Death in Daylesford will be right up your alley.