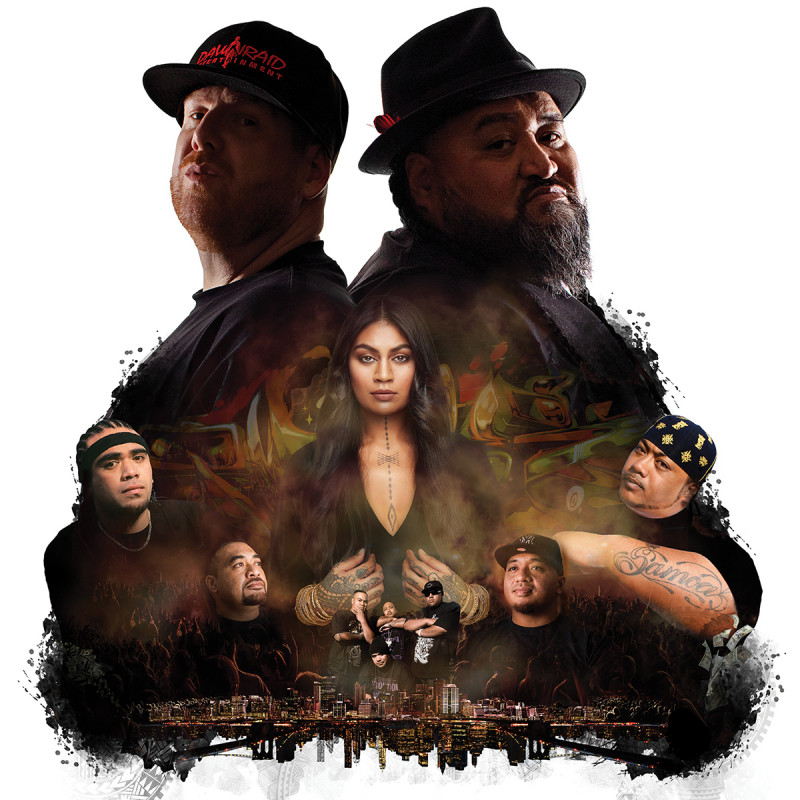 Oscar Kightley’s inspiring hip-hop documentary proves Kiwis can hustle with the best of them. With a firm grasp on the history of Dawn Raid Entertainment, the director prioritises narrative and character to give the film rhythm, tempo, and volume.

Formed in South Auckland in the late 1990s by classmates Tanielu Leaosavai’i (aka Brotha D) and Andy Murnane, Dawn Raid Entertainment is responsible for New Zealand’s first legitimate hip-hop movement. What the amateur businessmen lacked in finesse they made up for in determination, and subsequently, artists like Savage, Aaradhna, Deceptikonz, and Adeaze would dramatically change the landscape of Kiwi music. However, a hasty rise to the top would soon be followed by a devastating fall.

While Dawn Raid clearly comes from the mind of a born storyteller, Kightley hit the jackpot when it came to these key players. Brotha D and Andy are fascinating individuals who will make you laugh loudly and listen intently. We see this dynamic duo at their most opportunistic and their most naive. We watch in anticipation as these boys grow wise throughout the years, eventually making enough mistakes to become the men we see today.

The streets of South Auckland come alive in this doc. Kightley incorporates signature hip-hop imagery of the era to forever entangle the artistry with the environment that surrounds it, including in some hilarious animated sequences. This connection is also the source of Dawn Raid’s most poignant moments, when low expectations are surpassed against all odds. We feel the highs and lows that these pioneers journey through – when Savage scores an Akon feature just as he blows up, or when Wu Tang Clan’s Inspectah Deck decides to rewrite a verse because he is blown away by Mareko’s abilities.

Dawn Raid is dense in its brevity, although it substitutes interesting parts of the label’s story in favour of entertaining ones. An equal focus on the creative processes of these artists, on top of the business-savvy minds behind the rise of Dawn Raid, would have rounded the film off like a well-placed rhyme.