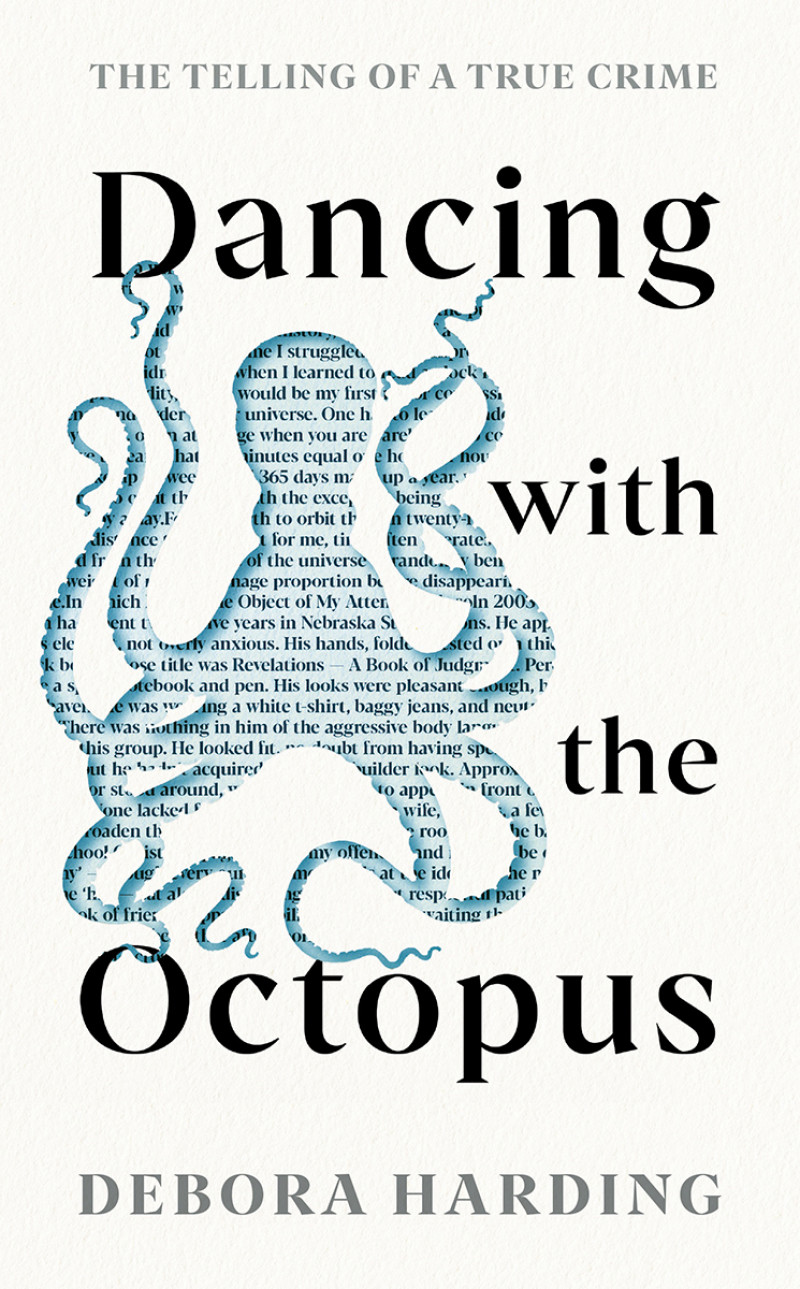 Dancing with the Octopus

In a quite extraordinary book about regained fragments of childhood memories, Debora Harding has composed a simply beautiful book about a horrific crime committed against her when she was 14 years old. Her salad days destroyed.

Told in diary form, Harding takes us on a trip of remembered events. This tool is a clever methodology of drawing the reader in. I won’t spoil the reason behind the title of the book other than to say it’s pivotal in Harding’s grasp of who, at the time of the crisis, became her rock.

As horrific as the crime was, and this aspect should never be understated, Harding suffers from self-inflicted victim persecution when told years later that the event never happened. It is Harding’s mother who planted the seeds of doubt in her daughter’s mind as regards the abduction and rape. This might come as a shock as the reader is drawn into a long dark tunnel of her mother’s deteriorating mental health battles. Her father, a man who seems never to lose his temper and has a unique approach to sorting out life’s problems, is quite the opposite. Though later in life he also is diagnosed with bi-polar disorder.

Eventually, this manifests itself in Harding’s mind as she battles melancholy, depression, seizures, and episodes of collapsing. Harding has to question herself, is she following in her mother’s footsteps with this debilitating anxiety?

Years later, a newly married Harding confronts her past. In piecing together the known facts, Harding and her husband Tom delve into old FBI records and eventually, she plucks up the courage to visit her abductor and rapist who is about to be released after serving a jail sentence of 25 years.

She looks at Charles Goodwin and practises what she is going to say to him. In facts she reveals, and I quote, “They say with severe crimes there’s no avoiding the aftermath. What they don’t say is how post-traumatic stress can become a disorder because of your childhood family, the one you’re trying to survive”. A wonderful cathartic book.