Dancing with the Machine: Adventures of a rebel - Reviewed by Kerry Lee  | Regional News Connecting Wellington 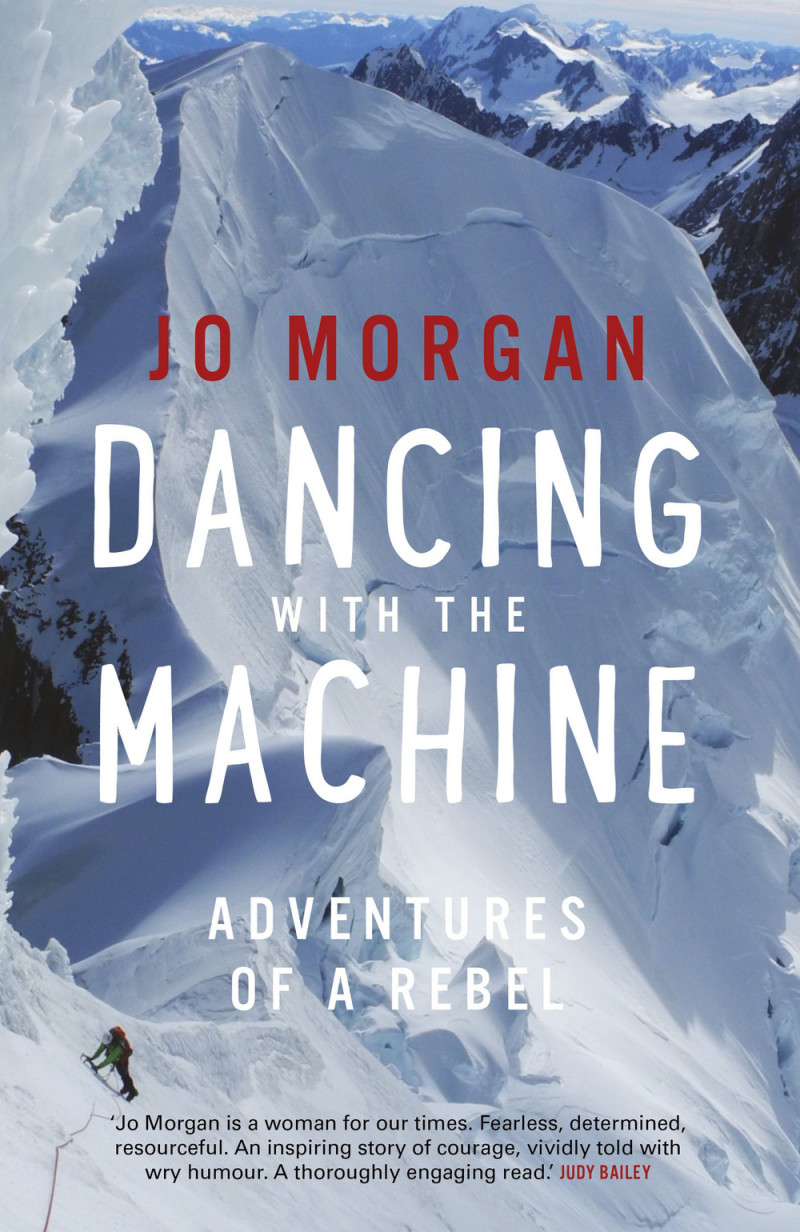 Dancing with the Machine: Adventures of a rebel

While you may have heard of Gareth Morgan, the famed New Zealand economist and erstwhile politician, and his son Sam the creator of TradeMe, you may not have heard of their family’s matriarch, Jo.

While she may not have the same celebrity as her husband and son, Jo Morgan’s life has been no less impressive. From traveling around the world (including into some pretty hairy hotspots) to climbing the highest mountains, it’s safe to say she’s had a pretty full life.

Dancing with the Machine is an honest, exciting, edge-of-your-seat thriller that seems more a work of fiction written by Tom Clancy than a down-to-earth New Zealander narrating their past. It is an exciting read, and her honesty and uniquely Kiwi sense of humour make her instantly relatable. Her get-up-and-go attitude made me think about what goals I would like to cross off my bucket list, and I’m sure others will feel the same way after reading this book.

Her stories are unique, and her experiences unforgettable. In North Korea, she wrote about her time with a humanity that news broadcasts and television documentaries have never been able to convey to viewers. A faceless regime suddenly becomes human and instantly relatable as people.

My favourite passages were the ones where she and her husband Gareth worked as a team, and were always there for each other.

I’m afraid that after reading the book, I cannot find a single thing wrong. Although, in my defence, it’s difficult to find fault with anyone who takes life by the horns and goes with it. My only gripe is that now that I’m finished with the book, I want more.

Dancing with the Machine might sound like a funny title, but it’s also a very apt one, not just to describe her love of motorcycles but life itself. We are all dancing with our own machines, and Jo Morgan shows us how to do it.