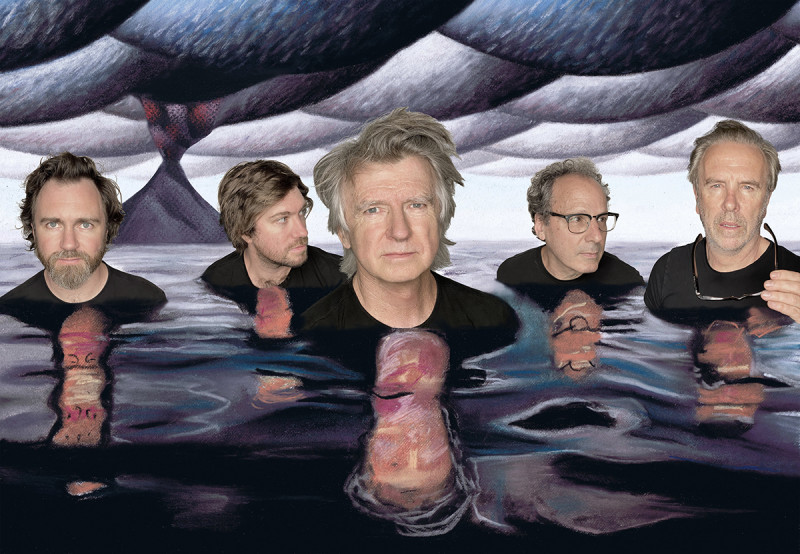 Monday night at the TSB Arena really was a crowded house, where over 4000 fans were treated to something special.

From the opening song Weather with You the hits flowed: Mean to Me, World Where You Live, Whatever You Want – featuring the superlative bass of Nick Seymour, co-founder with Neil Finn.

The hits kept coming as fast as the hilarious banter between all the band. Whispers and Moans and Playing with Fire were both songs featuring the talented support artist Reb Fountain and band on backing vocals, showing great camaraderie between everyone on stage.

Pineapple Head featured gorgeous vocal harmonies, with Neil somehow managing to include a verse of the old Petula Clark hit Downtown in the middle of it!

When You Come featured the ethereal keyboards of Mitchell Froom, and a stunning lead guitar solo by Liam Finn. Private Universe started off with Elroy Finn on guitar before switching back to drums. Four Seasons in One Day had the audience singing loudly – to which Neil commented: “sweet and tender, Wellington!”

He described the sombre Silent House, co-written with the Dixie Chicks, as “saying goodbye slowly to people we love”.

To the Island, the name of the band’s nationwide tour, again featured Aucklander Reb and band – after which Neil introduced percussionist Paul Taylor, who played on several songs throughout the night.

Locked Out had a frenetic ending, culminating in Liam throwing his guitar high into the air and catching it safely – to Neil’s almost sarcastic: “Nice catch Liam!”

At the end of Don’t Dream It’s Over, the audience was asked to sing a chorus almost a cappella. Something So Strong again had the audience singing loudly, and then it was Distant Sun to finish the set.

After what seemed like several minutes of very loud clapping and yelling, the band was back on stage for the first encore Chocolate Cake, featuring Neil on piano, followed by David Bowie’s Heroes. The final song Better Be Home Soon had everyone happily singing along.

Overall a superb night, featuring an exciting new edition of an iconic band led by the extremely talented Neil, together with a beautifully balanced sound and stunning light show.