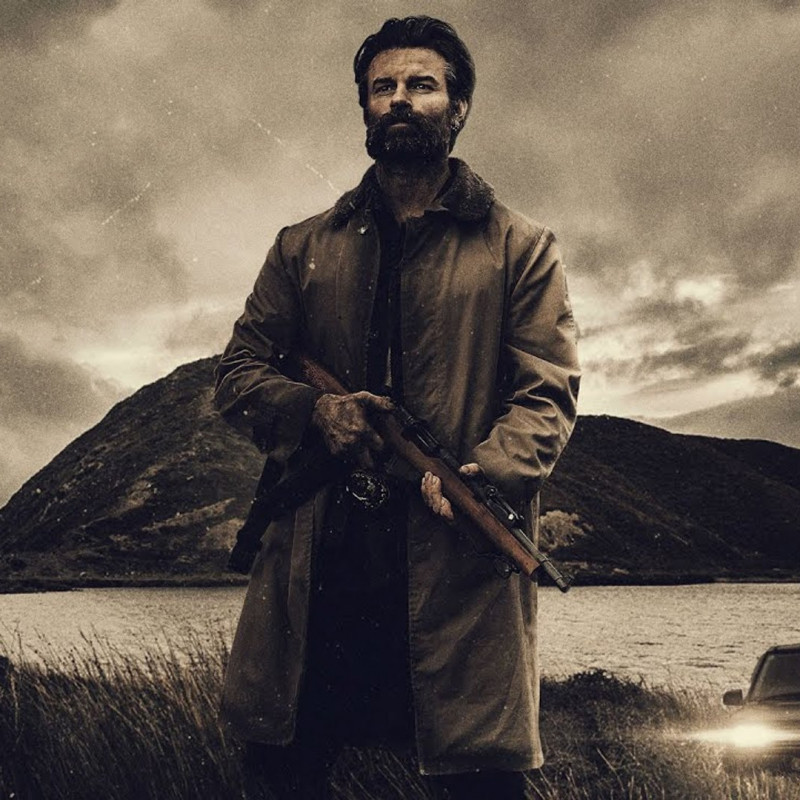 Coming Home in the Dark

Words like ‘suspenseful’ and ‘nail-biter’ are often thrown around casually, but when was the last time a thriller truly sent a tidal wave of terror washing over you? Coming Home in the Dark is an ever-building symphony of dread informed by strong characters, a gripping story, and an intimate camera.

High school teacher Alan ‘Hoaggie’ Hoaganraad (Erik Thomson) and his wife Jill (Miriama McDowell) are enjoying a picnic with their two boys when they are interrupted by a pair of drifters, Mandrake (Daniel Gillies) and Tubs (Matthias Luafutu). Soon their idyllic day turns into a nightmare road trip, and what Hoaggie at first believes to be a random encounter may actually be rooted in the sins of his long-buried past.

In his feature debut, director and co-writer James Ashcroft shows he is perfectly willing to test an audience’s limits. At times he and co-writer Eli Kent play the game as you’d expect, but other moments will send unexpected shockwaves through the crowd, including a particularly ballsy beat that sets a brutal tone early on. With hints of stylistic prowess from the book of De Palma and sensibilities reminiscent of the Coens’ darker entries, this is as confident a debut as any director has made in recent memory and an invigorating addition to Aotearoa’s feature filmmaking roster.

Much of the movie takes place inside a car, but thanks to Ashcroft’s gift for visual suspense and committed performances all-round, it never stalls. Thomson screams everyman, and his grounded portrayal of the frightened, guilt-stricken family man contrasts magnificently with Gillies’ sinister turn. He makes the villainous Mandrake a ghostly figure, one who seems to move with the wind and commit excruciatingly unpredictable acts, much in the vein of Anton Chigurh (No Country for Old Men). Despite this, we can’t help but admire his intelligence, wit, and charm.

Coming Home in the Dark is filled with risks, which makes it stand out as an assuredly fresh thriller. Who is right and who is wrong is up for debate, but what isn’t is the hold this film will undoubtedly have on those who see it.