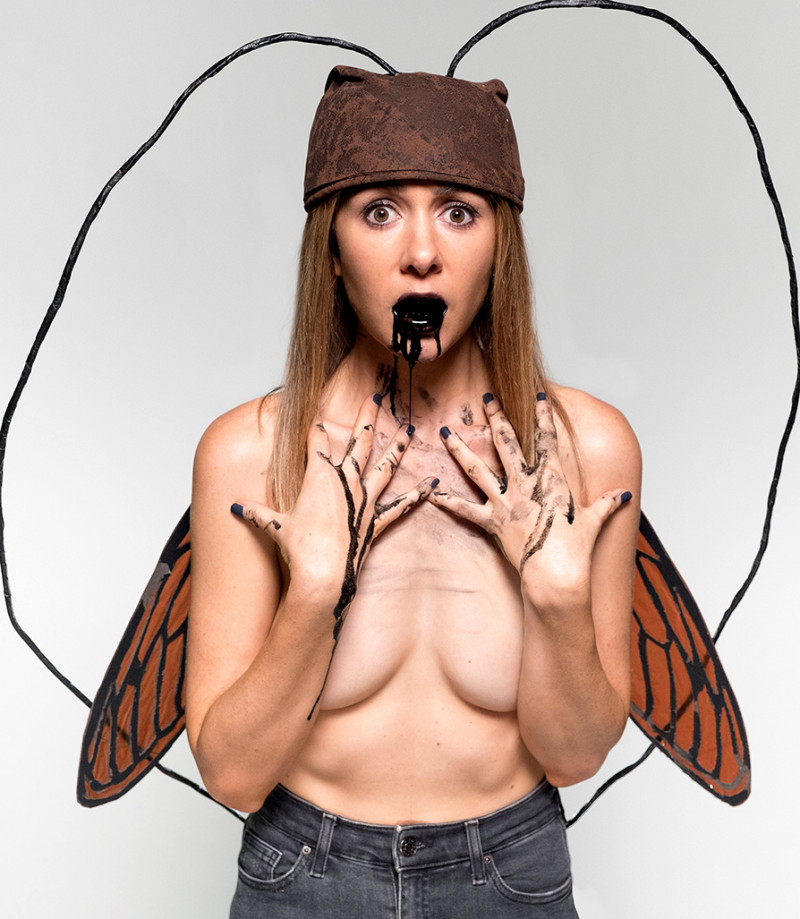 Cockroach is a response to Ovid’s Metamorphoses, a Latin narrative poem writhing with tales of the rape and degradation of women. This New Zealand Fringe Festival show follows C (Leah Donovan), who wakes up one morning to find herself transformed into a cockroach. Now among the grossest but most resilient insects on the planet, C exacts revenge on #YesMostMen, responding to violence with more violence.

Donovan is a relentless machine, embodying the hurt of a victim in the crick of her neck, the rage of a generation in the snap of her spine, the wrath of a gender in the guttural contraction of her vocal cords. Her repeated transformation into a cockroach is vivid and visceral, raw and wrenching. This is an unapologetic show created by unapologetic collaborators, and for that I am infinitely glad. But at this stage it feels like an experiment; a series of good ideas held together by the boundless energy and passion of a performer. Unfortunately the staging choices often work against her.

For example, there are two recordings of Donovan vocalising a sexualised murder fantasy on the telephone during a blackout. These non-live elements feel out of place and could be better utilised in other scenes. There are a few moments when Donovan must rattle off an exhaustive list while barely breathing, building her voice to a crescendo that would have hit harder with the support of an overlapping recording or soundscape. The use of the microphone is inconsistent and doesn’t contribute much when Donovan is already such a proficient vocal performer. Adding a loop pedal or distortion could achieve the desired effect and would also widen the channel of communication between the performer and the composer and live musician, Benito di Fonzo. As it stands, his grungy score sometimes takes over and I would love to see Donovan equipped with the tools to match him in sound, not just volume.

The script has all the bones of brilliance. A more cohesive staging approach would add the flesh Cockroach needs to reach its full potential.