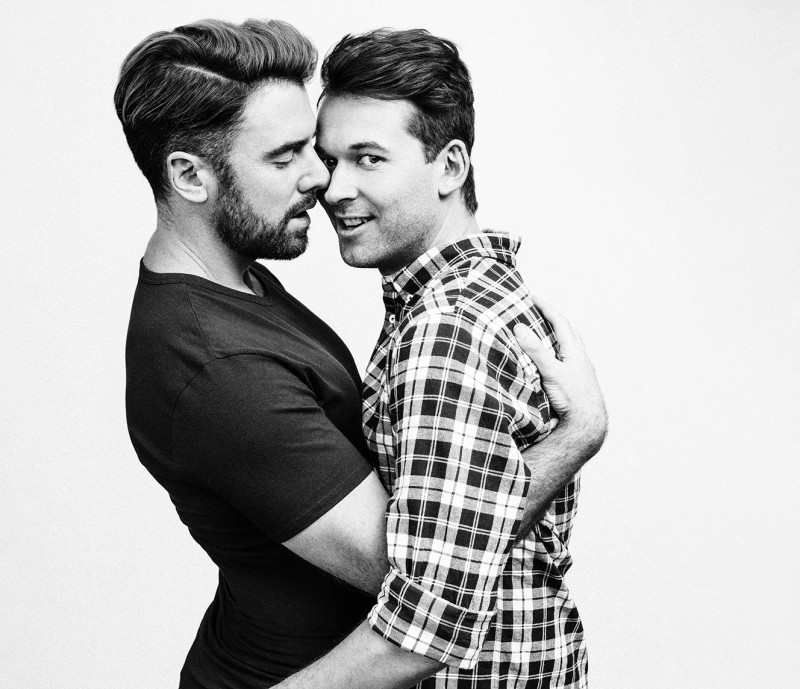 Running at Circa Theatre until 9th Nov, 2019

While on a break from his snarky, sneering boyfriend M (Simon Leary), John (Jack Buchanan) falls for a woman, W (Karin McCracken). After cheating on M again when they reconcile, John must choose between the person he has been with for seven years or the person he has just met; between security and vulnerability, knowledge and discovery, M and W.

But John flounders, shudders, a vessel of guts and nerves wrapped up warm and cosy in a flannel T-shirt.

Incensed by such indecision, M insists on meeting W. And so begins the most awkward dinner party in the history of dinner parties. Because the audience is illuminated at close quarters on this thrust stage, we see others cringe and spasm more than the characters they’re captivated by. I watch through my fingers and chew my programme as M’s dad (played by Matt Chamberlain) informs John that being gay is fixed, being gay is forever.

On that note, Cock addresses, then fiercely rejects antiquated notions of sexuality. Remembering the play is set amid a monogamous relationship, M’s confrontation of the stigma around bisexuality is one such brilliant moment. “Yes John”, he spits, “it’s fine to be both, it’s absolutely fine to be both, but not at the same time.”

What we have then is a razor-sharp, progressive, powerful work capable of provoking vital conversation afterwards that’s as funny as all hell during.

With no set, no lighting cues, and no music – save for a disarming boom between scenes that makes a lot of people jump – the actors must carry it all on a barren, bright white stage. Luckily, these cast members have arms of steel, wholly inhabiting their roles. I want to have the best argument of my life with M, shake the living daylights out of John, console and bolster W, and do what she did to M’s dad. No spoilers here, but these exceptional actors make their characters feel vividly, painfully alive.