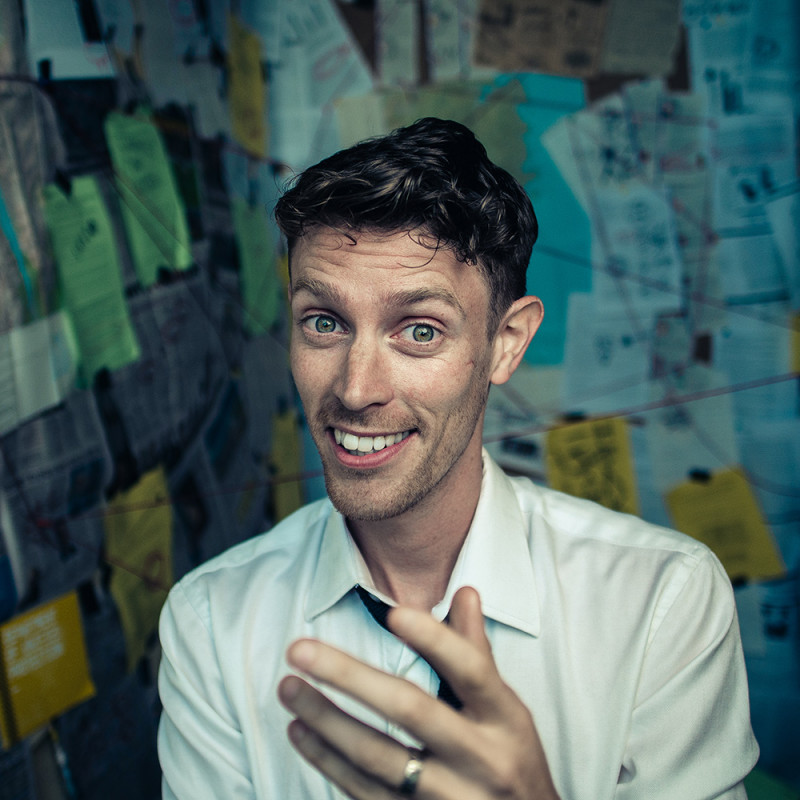 Written and performed by Tim Batt

In his eighth stand-up hour, two-time Billy T Award-nominee Tim Batt presents a loose but consistently hilarious series of bits that never outstay their welcome and delivers punchlines that roll around in your head long after they land. His comfort onstage allows the audience to relax and settle in for a night of top-notch comedy that is sure to be a highlight of the NZ International Comedy Festival.

Batt begins by thanking us for our bravery in attending the first performance of his new show, admitting that he first has to set a stopwatch as he hasn’t even timed it yet. This would seem to suggest a scattershot show, but Classy Warfare is anything but. He spends the night ruminating on problems facing this and future generations, all with an overarching sense of anarchic glee. Without spoiling too many specifics for his remaining shows, Batt strikes a balance between playful anecdotes of childhood embarrassment, weed-induced deep thoughts, and past jobs with explorations of the absurdity of New Zealand politics, his dire financial situation, and his distrust of capitalism.

As fans of The Worst Idea of All Time (a podcast co-hosted with comedian Guy Montgomery) will tell you, Batt can chat, and it’s this enduring vibe that he bestows on our audience. For an hour, we simply feel as though we are chilling on the couch with that funny old mate of ours who hasn’t popped by for a while. The audience is clearly familiar with his style and him with his audience, yet we are still caught off guard time and time again.

A sign of Batt’s veteran status is his ability to know when a joke has come, served its purpose, and ridden off into the sunset, making his punchlines stick and his messages even more so. The puzzle pieces are all there, and I have no doubt Batt will quickly sculpt Classy Warfare into a tight-packed performance throughout the festival.