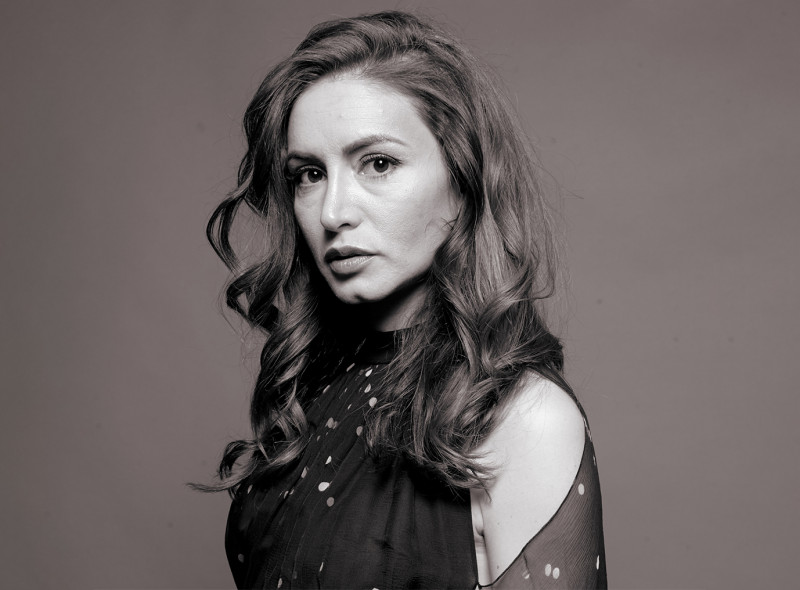 Curated by Lemi Ponifasio, one of the New Zealand Festival's three guest curators, the combination of Henryk Górecki's Symphony No. 3 Symphony of Sorrowful Songs and Ponifasio's creative elements was a stunning experience.

Ponifasio's reflection on our “increasingly fragmented and technologically saturated planet” was a masterful blend of minimal movement, simple costuming, and women’s voices, accompanied by the orchestra and soprano Racha Rizk's expression of the utter sorrow of Górecki’s composition.

From the outset it was clear the role and situation of women was to the fore. Ponifasio's company, MAU Wāhine, emerged from the darkness, four kaikaranga calling across the auditorium. Once on the stage the small company set about building a stronger sense of the sorrow to come, chanting a mōteatea written by Ria Te Uira Paki, one of the company.

The orchestra filed in, settled lightly in their seats, and softly changed the soundscape from the strong voices in chorus to the quiet of the strings. The major themes of the Symphony of Sorrowful Songs are motherhood and the sorrow of separation. Polish lyrics from three different texts are each accompanied by a slow movement. The orchestration, tone and volume, and the vocal line and effects combine to build and engulf the audience in the sadness. The meaning of the lyrics is explained in the programme notes, but it is not necessary to understand the words to understand the mood. Clever changes in Rizk's position around the gallery, behind the orchestra, among the orchestra lent weight to the drama and added visual interest to the performance. Rizk's singing was beautiful. Her voice floated above the orchestra, neither dominating the other, ably guided by conductor Kristan Järvi.

An expression of the plight and predicament of women, Chosen and Beloved was a courageous choice and a powerful production for the opening night performance of the 2020 New Zealand Festival.