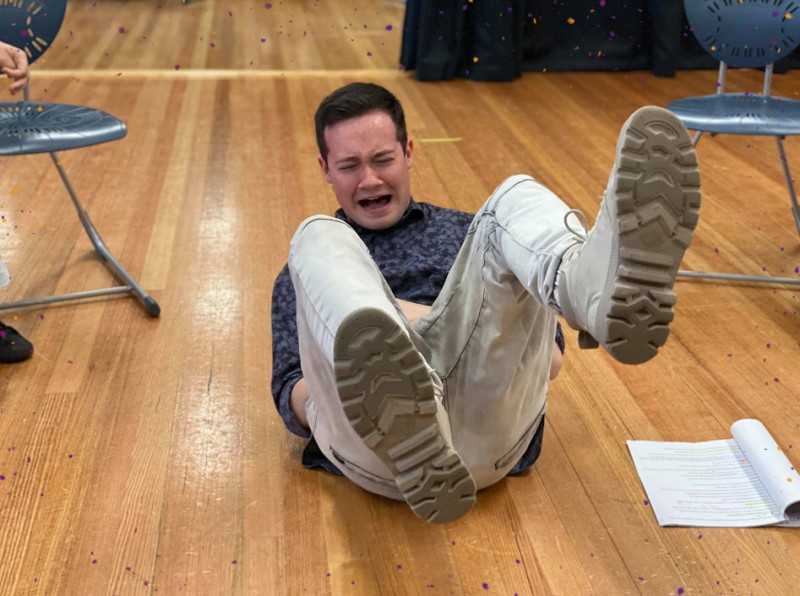 I’ve always been passionate about prioritising transparency and communication when it comes to topics and issues that might be considered controversial. Campfire Calamity does exactly that. The show creates a space to deal with confrontational topics like self-harm and suicide, and gives a voice to those whose gender identity and/or coming out stories aren’t often seen in mainstream media.

Immediately, the nature of the show is intimate and personal. As the characters introduce themselves to each other, we learn a little something about each of them and what makes them unique. While some fall into stereotypes, and some performances feel unnatural, the dialogue is well written and realistic, making this story one which resonates with just about everyone. I’m particularly invested in Xavier’s (Isaac Andrews) character and story, and feel every emotion alongside him.

Performers often speak directly to the audience; we are a part of this journey, and are invited to listen in on their secrets. The set design is also representative of the audience’s inclusion in the group; with a dimly lit campfire at the front of the stage, and bench seats on either side of it for the actors, the audience seating makes up the other side of the circle around the fire.

Both the lighting (Lucas Zaner) and sound design (Dom van de burg) are simple but effective, mostly working to establish time and setting. Lighting in particular plays a major role in the comedic daydream sequences and flashbacks.

Overall, this piece is entertaining and feels like exactly the kind of theatre we need in our society. It feels like a story from real people, telling their authentic truth. I’d love to know a little bit more about these characters’ journeys, and I think there is space for some further character development. Bring on Campfire Calamity 2.0.