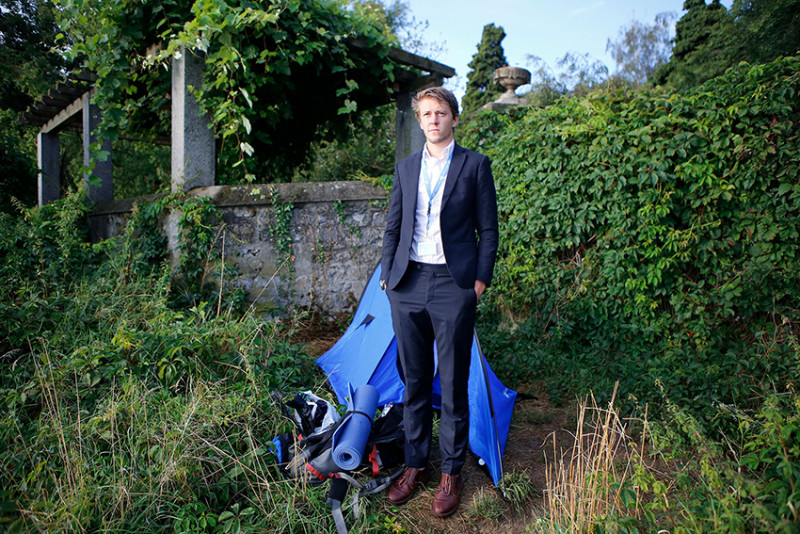 In 2016, 22-year-old New Zealander David Hyde made headlines around the world when it was revealed that as an unpaid intern for the United Nations, he was living in a tent on the side of a lake in Geneva. Little did the press – or the UN, for that matter – know that Hyde had only taken on the position (and the unfortunate sleeping arrangements) as part of a film project.

Call Me Intern is the end result of Hyde’s UN stunt, a compelling documentary about the exploitative nature of unpaid internships. Cleverly, he and co-director Nathalie Berger springboard off Hyde’s experiences at the UN to concentrate on the stories of young Black Americans Marisa and Kyle. Marisa was ousted from her unpaid role at the Obama For America campaign after she reported her sexual assault, while Kyle worked at Fortune 500 company Warner Music from a homeless shelter.

The interviews were obviously done with great skill and care, as Kyle and Marisa both reveal intimate details of their backgrounds, motivation to pursue unpaid work, and devastation when they realised their internships were a dead end. Their stories brilliantly illustrate how unpaid internships also work to restrict diversity in white-collar professions and at top companies. Only rich kids can afford to work for nothing, and statistically speaking, rich kids are more likely to be white.

The movie side-steps any accusations of millennial whingeing with extensive interviews from academics. They put these stories in a greater context, where unpaid internships account for up to half of all internships offered in America, in a workforce where entry-level jobs are all but disappearing.

I’ve never heard of an unpaid internship in Aotearoa, but the stories in Call Me Intern still resonated with me. It’s extremely hard to find meaningful work as a young person, even with a university degree. While to some degree Call Me Intern was preaching to a millennial choir, I hope that older generations can recognise the injustice the film delves into so well.