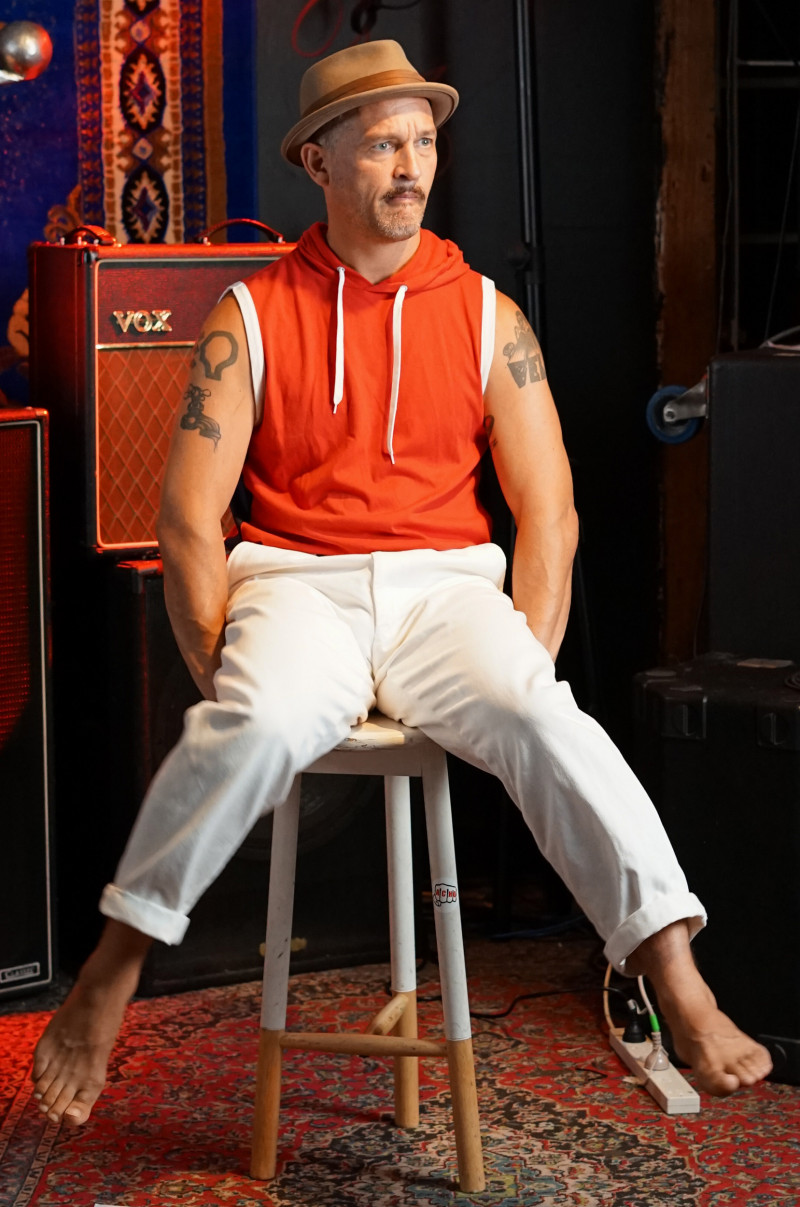 Having thoroughly enjoyed last year’s Taphead, another show by comedic polymath Barnie Duncan was too good an opportunity to pass up. Written in the wake of the death of his adored mum Robyn, Bunny is a much more personal performance exploring grief through his love of clubbing.

For a bit over an hour, Duncan takes us on an acid trip of verbal and physical comedy accompanied, and sometimes facilitated, by a scrolling LED sign. This effective piece of technology is by turns illustrative, mocking, and directorial, asking us to laugh and applaud at appropriate moments and becomes a sidekick character to Duncan.

Duncan aptly describes Bunny as “a porcelain vase wrapped in a protective layer of dumb jokes”. His trademark dad jokes are here (“That’s a good sign”, he says as he points to a kind word passing across the face of his digital companion), but comedy is best when it comes from a place of vulnerability and it’s the segments where he talks openly about his mum’s decline and eventual death that are the strength and heart of this show.

In between these short and more serious ruminations are entertaining mimed sequences of a hard night’s clubbing to a banging house music soundtrack by DJ and producer Dick ‘Magik’ Johnson and what a David Attenborough documentary might look like while high on LSD. Duncan’s slow-mo butterfly causing a confused turtle to cry so it can drink his tears is something I won’t quickly forget. His alternative meaning of clubbing (no seals were harmed during the making of this show) and his break from the nightclub for a sneaky cigarette morphing into a male emperor penguin carrying an egg on his feet during the polar winter were equally memorable.

Having steadfastly refused to offer up the emotional denouement of his show, Duncan leaps back into hardcore dancing and then delivers it anyway to stunning effect. For a hilariously unique take on grief, Bunny is hard to beat.