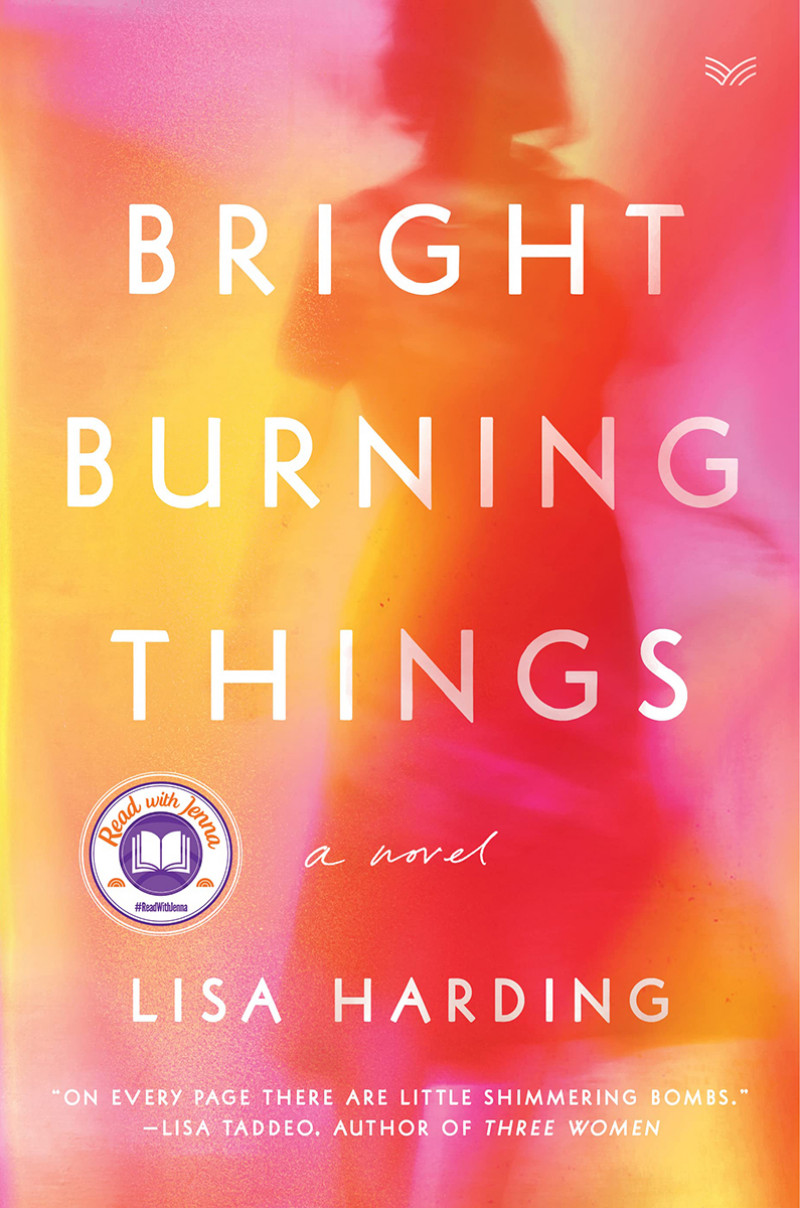 In her second novel, Bright Burning Things, Lisa Harding enthralls us in the chaotic spiral of Sonya Moriarty.

Once a lauded stage performer, Sonya is now careening through motherhood and filled with overwhelming love for her four-year-old son, Tommy. Together, they can conquer the world, as long as no one interferes or looks at her funny. Unfortunately, Sonya is haunted by an imp that won’t leave her alone; an evil fairy who drives her to soothe the only way she knows. “Every part of me is jangling. Feel myself crashing, falling into the pit. Should’ve known when I first saw her there on the beach, shimmering, irresistible, that this was the way it would go. Grab the bottle, turn my back, undo the screw top with my teeth. Tell myself that what Tommy doesn’t see can’t hurt him.”

Harding does not hold her punches in this novel. With raw honesty, we journey with Sonya through her denial of her addiction, juxtaposed against her loss of self-control, sense of self, and steadily growing chunks of memory. Inevitably, in what feels like an enormous betrayal, Sonya is torn from her son and forced into a rehab stint. Harding explores the reality of the stages of sobriety and the immense loss of power over one’s life one must face when put into such a position. Being involuntarily away from her closest loved one with no means of contact causes her to resist the programme intended to help her.

Once ‘out the other side’ and faced with maintaining her sobriety alone, we see the desperate need for a caring support system. As family and friends are pushed away, one may become isolated and vulnerable. Sonya struggles to regain the trust of her son, whose mother disappeared unexpectedly for three months. “A whole-body lovesickness burrows inside me, biting and scraping... This is it, the moment of unconscious surrender, but there is some other part of me watching: angels, good and evil, battling it out.”

Ultimately a profound tale of fear, love, and redemption, Bright Burning Things held me in its grasp to the last page.