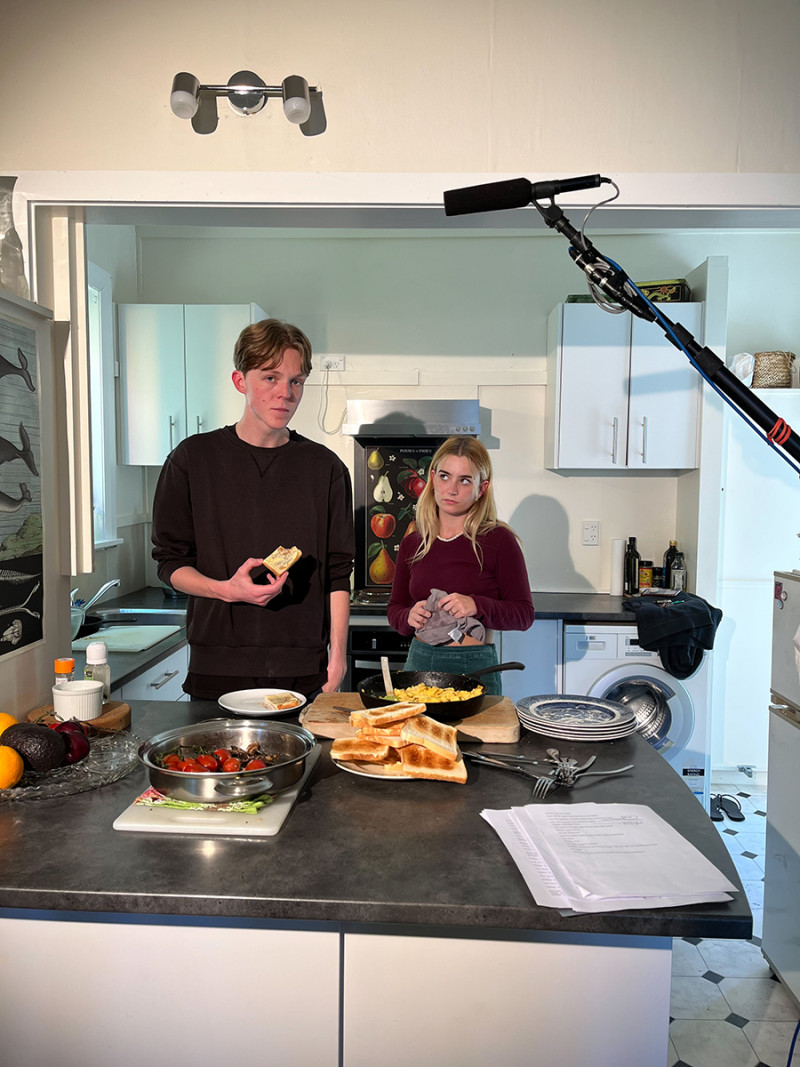 Breakfast Time is coming in hot, and it’s definitely a tasty meal of a show. A mixed media piece featuring a short film (Aiden Fernando) followed by a deconstructive ‘duologue’, this Fringe show serves up the story of two (not very well acquainted) young adults, Reuben (Bon Buchanan) and Ana (Bella Petrie) cooking breakfast together the morning after their parents’ wedding. The laconic, obligatory, and forced conversation that sautés in the film however quickly sizzles and boils over in the live show to follow as the pair analyse the scene from the film itself, their childhoods, their backgrounds, their opportunities, their challenges, their traumas, and their futures.

Though ‘deconstructed’ wouldn’t normally sound appetising, Brick Haus Productions serves up a show that feels much more like comfort food despite the guise of haute cuisine. The actors excellently portray both renditions of the characters. Buchanan and Petrie are both subtle and obvious in the film, politely masking their contempt yet clearly intending to cause discomfort to the other. The live show however could be likened to Hell’s Kitchen with both characters voicing exactly what the subtleties of the film scene were meant to mask.

It is both satisfying and refreshing to see in the live show what you assumed the characters were thinking in the film. Reuben’s condescension to Ana’s higher social class is palpable and then overt as he deems her a spoiled brat while he slaved away washing dishes since 14 to go to university so he wouldn’t die broke like his grandfather. Ana however shows haughty disdain for Reuben’s materialism and martyrdom for her lonely childhood in which she grew up too fast in order to care for her father and herself.

While both characters yearn for the other to understand them, they do something much more powerful: they lay bare the human condition; normalising trauma, accepting inadequacy, allowing for mistakes, and most importantly connecting us all through our imperfect yet inherent humanity.