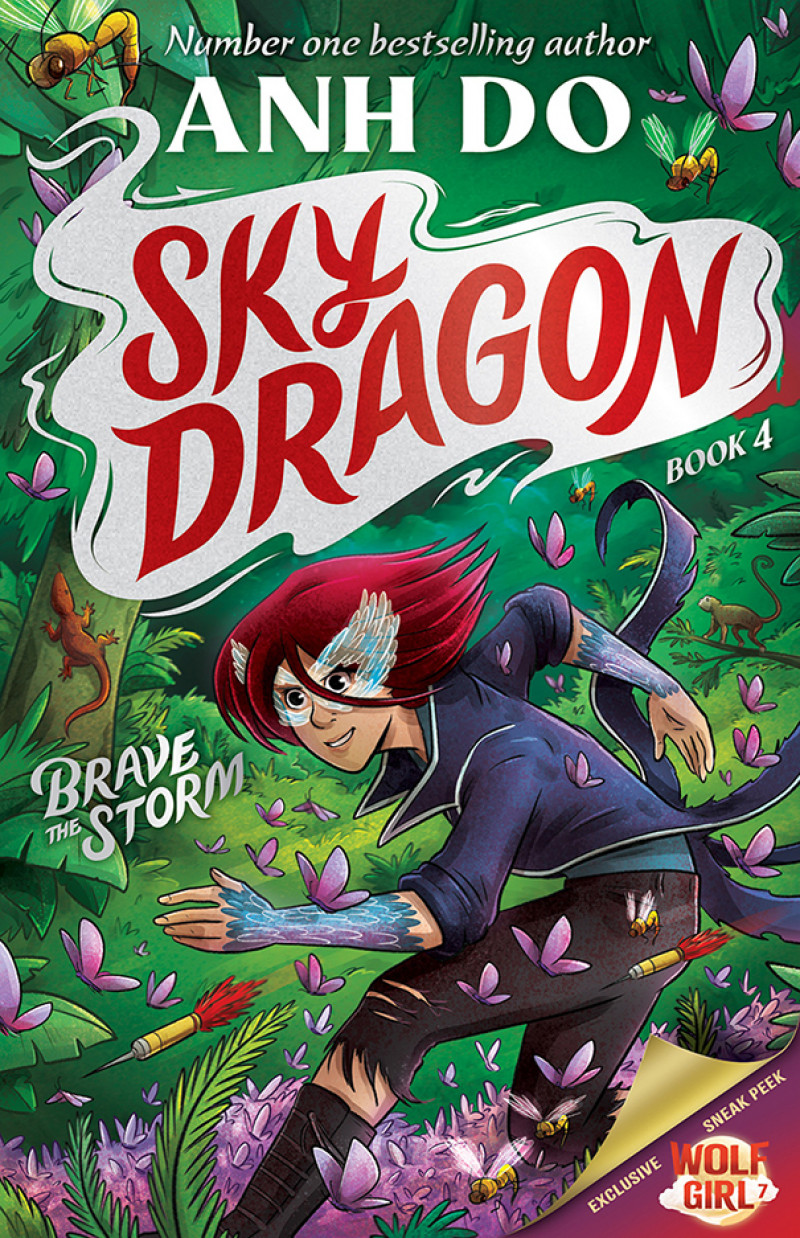 Written by: Anh Do

It probably would have been good to read the first three of Anh Do’s Skydragon series instead of diving headfirst into book four. Nevertheless I was pleasantly surprised despite having to play catchup on the premise.

Anh Do has a great ability to create adventures that are easy to read and not too daunting for the child listening or the parent reading, with chapters that are not too long yet entertaining nevertheless. With a healthy dose of cartoon-like images by illustrator James Hart, characters are brought to life in the ultimate adventure.

My son was not initially keen to read Brave the Storm: Skydragon 4. It was in his mind, presumably decided by first glance, a “girl’s book”. When I heard this I tried to discern whether it was the colourful cover, the female heroine on said cover, or something that seemed to scream there are girls lurking on the inside. It was, he admitted, the cover and its female protagonist Amber. Not to worry, we moved past this ideation pretty quickly with a “really, there’s no such thing as a girl’s or boy’s book”. Rather, in this book, there’s a promise of adventure, a quest to regain lost powers, and to boot, a strong female lead on a journey of self-discovery. Will she escape the clutches of nemesis Agent Ferris, despite not having her usual powers?

In Brave the Storm, adventure takes Amber and neighbour Irene deep into the jungle of Sennam where brief encounters as tourists quickly dissipate after they become embroiled in jungle warfare in a death-defying bid to help an ancient tribe. Spoiler, the end will certainly have you excited for book five.