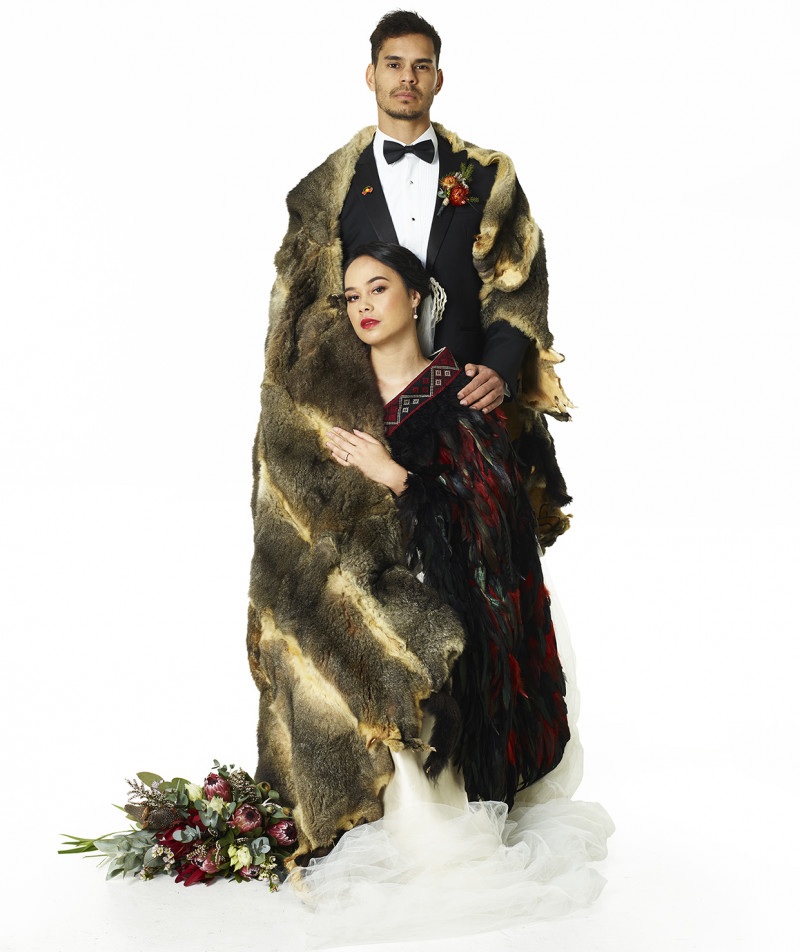 Whip-smart humour, distinctive characters, and resonant messaging make BLACK TIES a must-see production. Although it begins to meander at the rear end of its two-hour-40-minutes runtime, rapid-fire dialogue expertly penned by co-writers John Harvey and Tainui Tukiwaho (who also co-directs and performs in the show) keeps it compelling. Its structure allows engaging questions to be posed and consistently satisfying answers to be given.

Māori corporate hotshot Hera Tapuwera (Tuakoi Ohia) and Aboriginal consultancy entrepreneur Kane Baker (Mark Coles Smith) seem like a match made in heaven, until they attempt to jump the final hurdle – meeting the families. The Tapuweras and the Bakers have strong cultural ties that cause aggressive rifts between them, throwing the couple’s future into question.

It's then up to the cast to deliver, and for the most part, they do. Ohia steals the show; warm but fierce, commanding but generous, her performance makes us empathise with Hera’s struggle. Other standouts include Tukiwaho as Robert Tapuwera and Jack Charles as Uncle Mick. Unfortunately, Smith’s turn as Kane was overly performative, removing me from the romance that was made entirely believable by the rest of the ensemble.

While the first half is tightly structured, effortlessly jumping location and time, the second half has a different vibe. We return as guests to the couple’s wedding reception, decorations, food, and invitations adorning our tables. This half of the show is possibly the most immersive experience I’ve had at the theatre – I really felt like a guest at a wedding! In this, the show lets go of its momentum somewhat and starts to feel its runtime. However, by the end its intentions are abundantly clear.