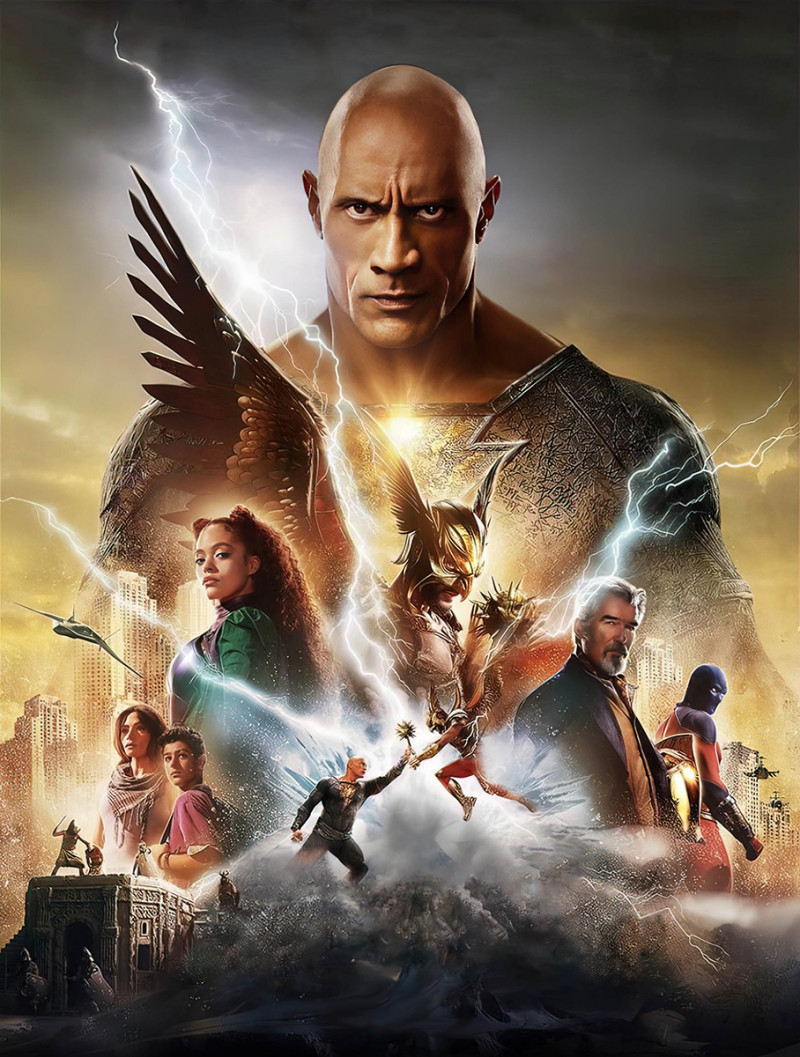 With superhero giants Marvel finally slowing down in terms of acclaim and box office success – only one Marvel film from the last four years is among the franchise’s top five highest grossing – and it seems rivals DC have finally been given a chance to take back the coveted onscreen superhero throne. In my humble opinion, they have once again blown this chance with their latest effort Black Adam.

In ancient Kahndaq, a young boy (Jalon Christian) is bestowed the almighty powers of the gods. Nearly 5000 years later and Black Adam (Dwayne Johnson) has gone from man to myth to legend. After he is freed from his tomb by a local woman (Sarah Shahi) seeking the lost champion, his unique form of justice, born out of rage, is challenged by modern-day heroes who form the Justice Society.

Blockbusters such as The Dark Knight Rises and the more recent Avengers: Endgame showed that superhero movies can combine thrilling action with compelling storytelling. Black Adam fails miserably in trying to do either. Don’t get me wrong, there are a lot of fights during the two-hour runtime, they just, well… suck. Known for his suspenseful thrillers such as The Shallows, director Jaume Collet-Serra throws his style out the window and instead settles for a barrage of slow-motion action sequences and CGI lightning bolts. There was no creativity behind many of the scenes, no thought. And while Johnson certainly looks the part as the film’s troubled champion, this is the least entertaining, least appealing role of his career.

The horrendous writing and poor performances by the cast only made things worse. Just because superheroes themselves are made up doesn’t mean superhero films need to avoid realism like the plague. No, instead let’s just teleport civilians to wherever it’s convenient for the plot, forget that humans take damage, and let a kid (Bodhi Sabongui) chat away cheerfully while mercenaries perish all around him.

In all honestly, I would have walked out the door halfway through Black Adam if it wasn’t my job to stay and watch. It’s an unpleasant barrage of symbols and sounds and adds up to little more than a two-hour montage of recycled action and comedy concepts. You’ve been warned.