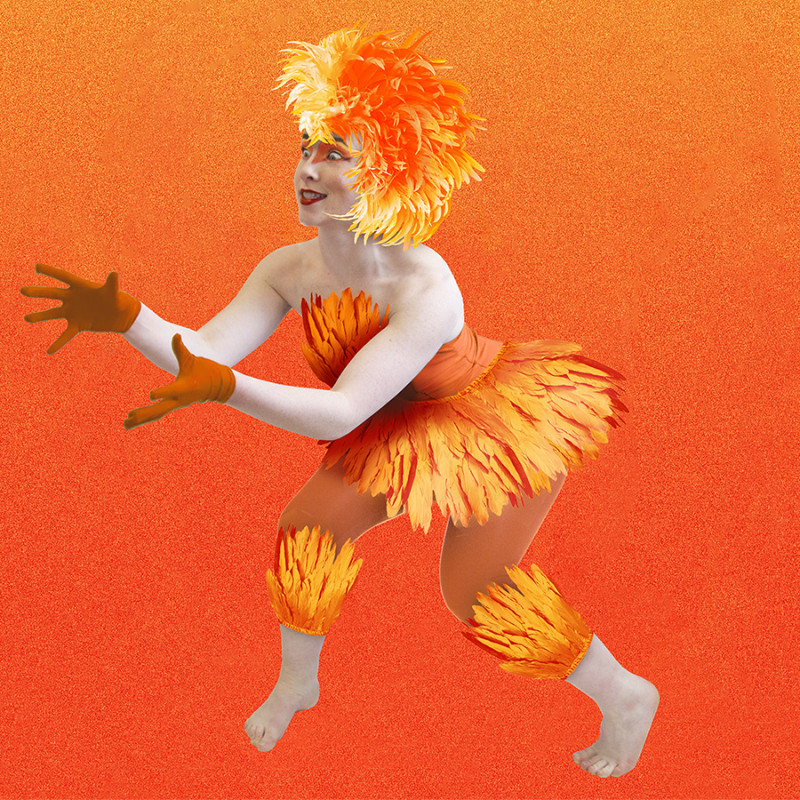 Produced by Dastardly Productions and Knot Theatre, Bill Bill Bill is a riotous, rollicking ride of absolute joyfulness. Three solo clowning performances are threaded together by moments of simple storytelling and physical comedy. Each new piece introduces a new character with a unique costume, and each delights in its own way. The show is almost entirely non-verbal, which only makes the emotional depth even more impressive.

Jeremy Hunt’s performance Papa is set in a train station as a young lad attempts to entertain himself. Hunt makes clever use of scale, reaching up to take his imaginary father’s hand, and embodies childishness perfectly. His audience interaction is excellent, prompting me to bowl him a cricket ball (which promptly breaks a window). I adore the simplicity of his set, a railway line produced from two stretches of hazard tape.

Treble in Paradise follows a self-obsessed conductor (Felix Crossley-Pritchard) who dies, goes to heaven, and learns to appreciate his orchestra. My personal favourite, Crossley-Pritchard manages to portray genuine remorse and remarkable character development in such a short piece. His sound design is impeccable, and the conductor’s miffed facial expressions at God’s mysterious ways are subtle enough to be hysterical.

The final solo is Georgia Kellett’s Piccup. It starts as a tale about Peek, a flightless bird reaching for the skies, but seems to abandon this narrative to instead focus on Peek trying to pick up a bar of soap to bathe. I’m a little disappointed not to see the costume pictured in the programme, which would have strengthened the piece enormously. Kellett shines during the interludes between solos, but Piccup feels held back by a weaker premise and distracting scenography.

Bill Bill Bill is a silly, endearing exploration into our world and beyond. All three performers demonstrate an absolute mastery of clowning and Kellett’s lighting design is crisp and evocative. The show’s Fringe awards are well earned, and it deserved a fuller house than it had.