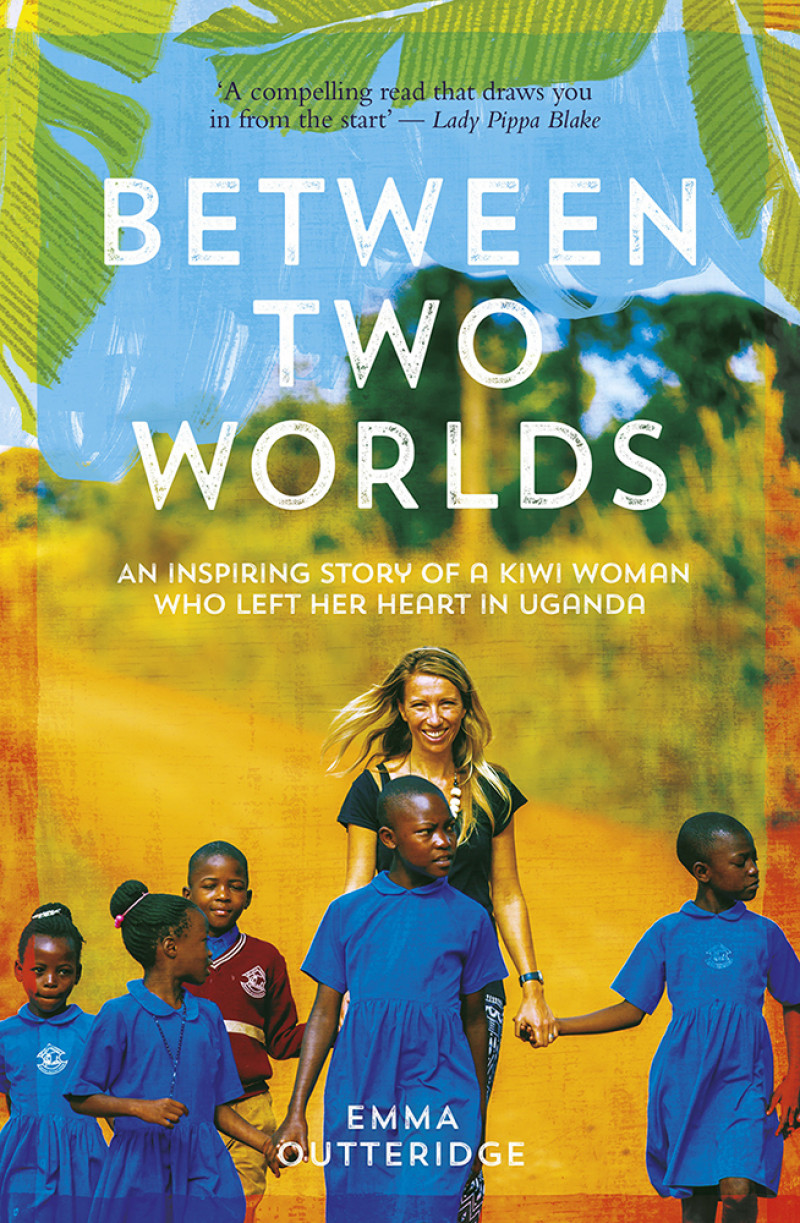 This book could be anyone’s story if they followed their passion as Emma Outteridge did. After seeing the harrowing movie Hotel Rwanda, Outteridge’s eyes were well and truly opened and that movie, in effect, changed her life for good. When she told her late Gramps that she wanted to do good works, he said get on with it. So she did.

In her early 20s, Outteridge left New Zealand with a fellow Kiwi as volunteers for St Paul KAASO Primary School in Uganda. Not your usual OE choice, but the author did have a unique childhood growing up on sailing boats.

Seeing the need of orphaned children with no future, they fundraised to build a bunkroom that would be named Kiwi House. The project grew to sponsor many children to attend secondary school. Some secured scholarships!

The six-month trip of a lifetime for Outteridge became a life-long commitment. The juxtaposition of her glamorous life organising Louis Vuitton America’s Cup events versus living in a mud house, bathing with a flannel and muddy water, was not lost on the author. She suffered volunteer guilt; that she wasn’t doing enough. Rose, the woman who set up the school, reminded her, “You can’t do everything, but you can do something.” That became her mantra. The village, community, and ambience sounded magical: “As the sky slowly filled with the streaky red of sunset, we sang and played until night stole the light away.”

Some of the descriptions of the scenes, and certainly the photos, made me cry. It’s a wonderful tale of someone who had conviction and was prepared to work hard and act with integrity to make something happen. Nelson Mandela is quoted: “What counts in life is not the mere fact that we have lived. It is what difference we have made to the lives of others that will determine the significance of the life we lead.” Between Two Worlds sums up the author’s spirit and generosity in life. A joyous read.