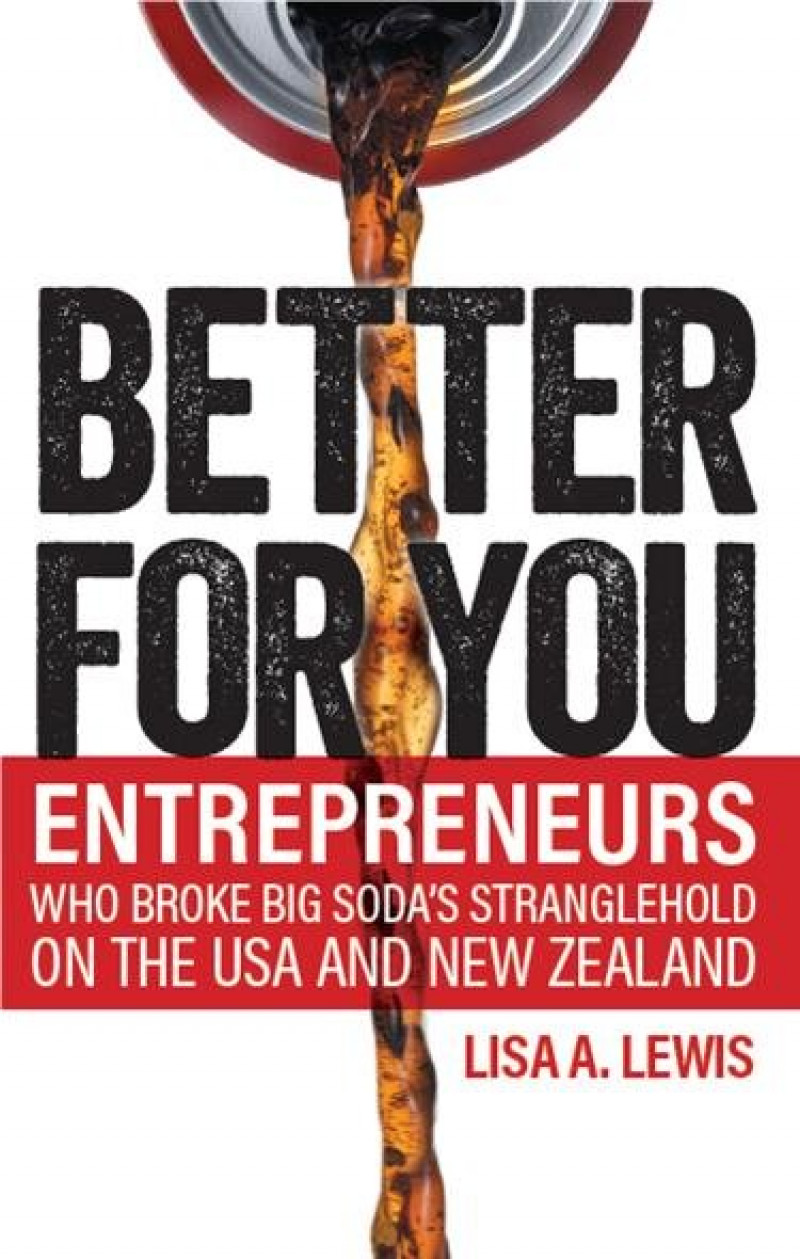 Written by: Lisa A. Lewis

While its subtitle may read Entrepreneurs Who Broke Big Soda’s Stranglehold on the USA and New Zealand, the book centres around just one protagonist: Kiwi businessman Glenn Elliott. He is the founder of King of Kiwi, a company that created a line of drinks made with all-natural Kiwifruit pulp.  Described as a ‘daily health hit in a bottle’, Elliott’s goal was to give the consumer a healthy alternative to the sugary offerings that are more well known, such as Coke or Pepsi.

Better For You documents Elliott’s journey as he takes his products (Kiwi-Shot and Kiwi Revivor) and dips his toes into the sometimes-choppy waters of the American drinks market. We get to see his highs and lows as he experiences what it is like doing business in a foreign country. Along the way author Lisa A. Lewis details his progress, offering a shoulder to cry on and a sounding board when things go wrong.

It’s an exhilarating adventure, made even more exciting because of how high the stakes potentially are. Every setback could have easily stopped him in his tracks, ending the entire endeavour.

Elliott makes the perfect David to America’s Goliath, and I found myself cheering him on throughout his adventure. Lewis herself becomes something of Elliott’s sidekick, and I could tell that they had great chemistry and worked well together.

My only gripe is with the photos that Lewis includes halfway through the story. None of them have the usual descriptors at the bottom that let people know what’s happening. As a journalist (sometimes photographer) this is a big no-no as it risks confusing the reader.

Apart from this one little foible, the book is fantastic and I couldn’t put it down until I got to the final chapter. It’s clear, it’s fun, and it’s an easy read. I would recommend Better For You for anyone thinking about starting up their own business who wants to know what they might be in for.