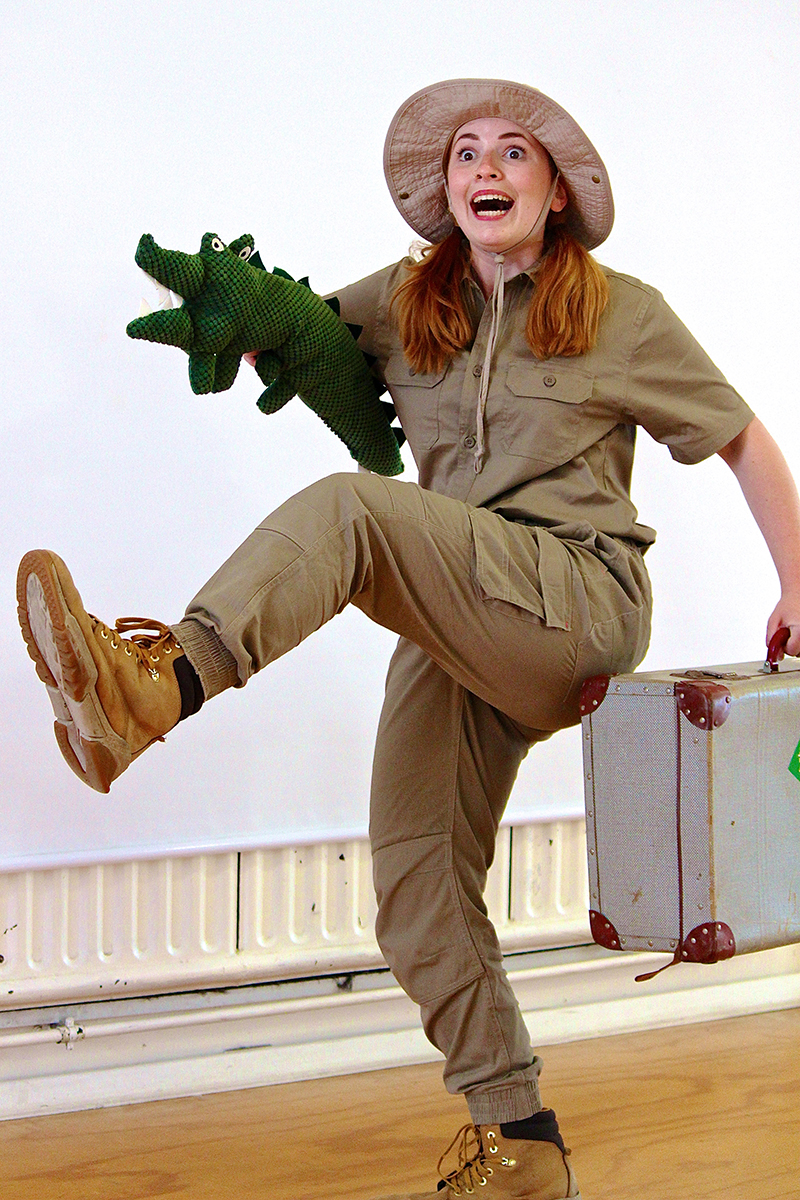 This New Zealand Fringe Festival solo show follows Hero (Gabrielle Raz-Liebman), a budding academic who is conducting some really super important ecological research on termites in the Kakadu National Park of Australia’s Northern Territory. When Hero is paddling about one day, happy as can be, she unwittingly strays into the path of a crocodile, who promptly eats her.

Like the real-life person Being Prey is based on, philosopher Val Plumwood, Hero survives to tell the tale. But while her body recovers, her mental health remains in tatters from the traumatic experience.

Raz-Liebman is a consummate physical theatre and comedy performer. Her character work is exceptional, particularly when it comes to the seedy old academic and the seedy old doctor. It’s unclear whether these are two different characters or not, which certainly makes a statement about men in positions of power. The scene with the victim-blaming doctor makes me deeply uncomfortable and winds up being my show highlight.

There’s a wonderful blend of humour and pathos, silliness and meaning in the writing and dramaturgy (Jennifer O’Sullivan), although some scenes could be more concise while others could be fleshed out. Excuse that pun, but I reckon the poopy, liver-squelching mess of a crocodile dissection might have even more of a gross effect if trimmed. At the same time, I’m confused by the introduction of a virus so some explanation and expansion there would be helpful.

The finale (it’s not a Fringe show until you see someone rolling around in carcass, right?) has a huge impact but what I desperately want to see is a little hope. A glimpse of recovery.

I’m excited for the future of Being Prey and to watch it go from very good to great.