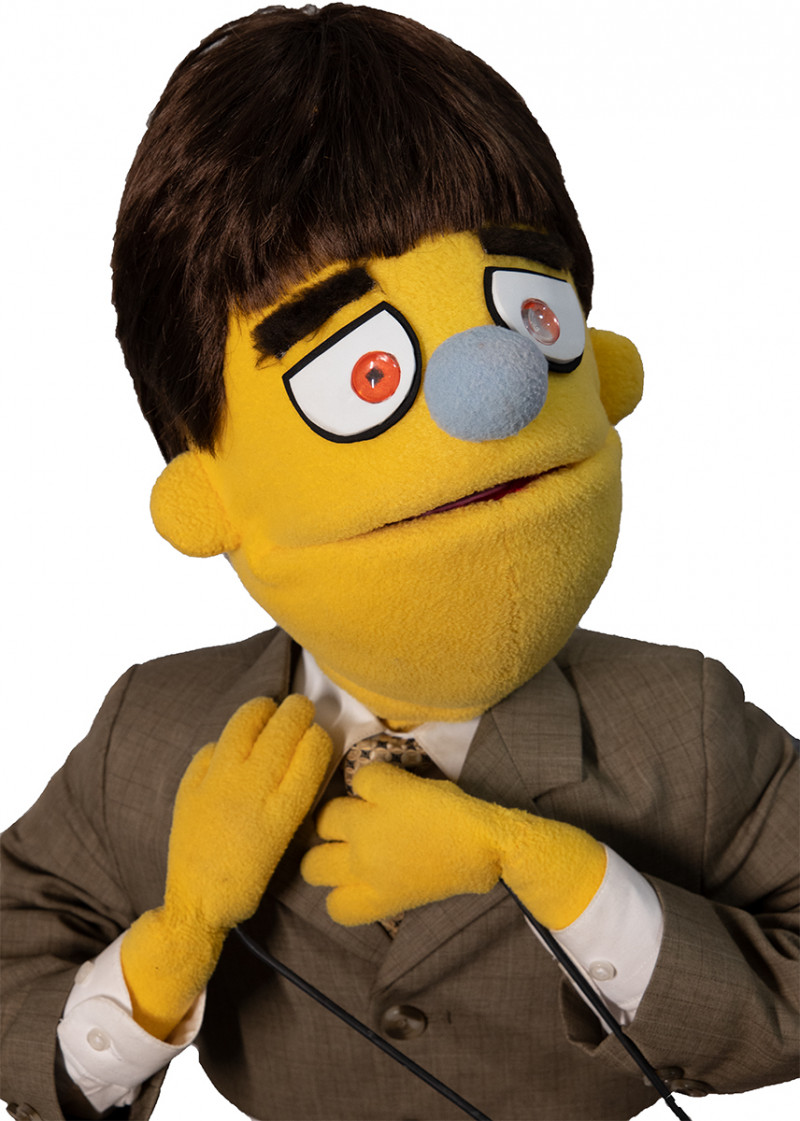 The shadow of COVID over Wellington theatre is still a long one and the announcement at the beginning of the performance that the character of real-life former child star Gary Coleman was going to be played by a white guy only added to the comedy.

Wellington Repertory Theatre’s production features an expanded cast of 15 actors and puppeteers, plus an ensemble of five. This allows for some fun choreographed sequences (Melanie Heaphy) that make good use of the extra bodies. The set design (Scott Maxim) of three row houses along the back of the stage offers a variety of spaces for actors and puppets to pop in and out and gives lighting designer Riley Gibson plenty to play with. His backlit drain that gently oozes smoke is a delightful touch.

The cast is a strong one and works seamlessly together, particularly those who operate puppets as a pair. The influence of puppet master Kenny King is in evidence. The puppeteers have clearly learnt his golden rules of keeping their eyes on their puppet and not letting go of them unless they’re dead, which does happen in one hilarious scene.

Vocal performances are mostly strong too. The singers don’t have microphones which occasionally makes it hard to hear them over the backing track, but the balance is generally good. All the singers deserve praise for their enunciation; I could hear every glorious word.

Avenue Q is not for the easily offended or the children in your life, but it’s uproariously funny and this production does an excellent job of bringing it to Wellington.