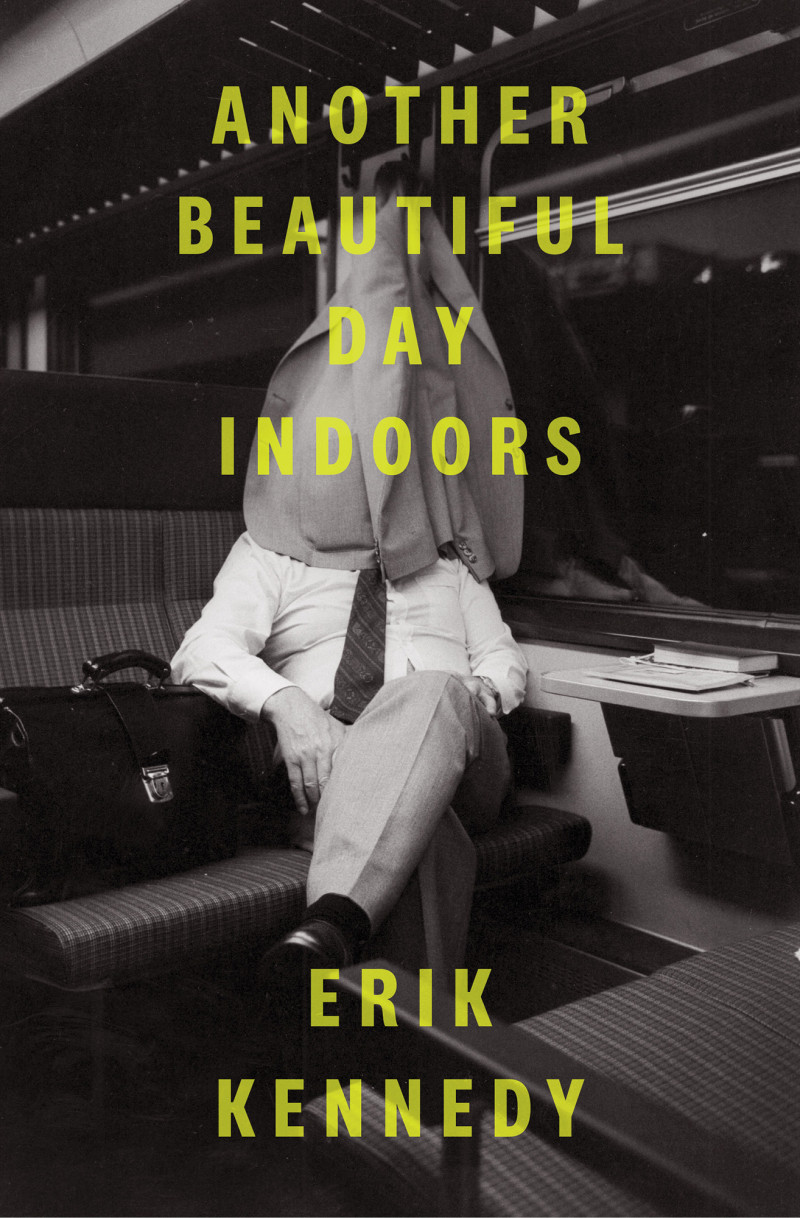 What a breath of fresh air is this collection! With its theme of climate change, expressed in mostly accessible language, it was bound to win my approval. In Another Beautiful Day Indoors, writer Erik Kennedy thankfully doesn’t feel the need to indulge in any of the current fashionable poets’ practices – abuse of punctuation, inexplicable gaps in text, and lengthy obscure prose passages! I like to think his undecorated style is informed by his sense of urgency.

The contents page sets up a list of titles as intriguing as the cover photo of a formally dressed man seated at a desk with his jacket draped over his head. He’s enjoying another beautiful day indoors?

Microplastics in Antarctica is a striking example of the poet’s main preoccupation. “The snow contains a finer snow” is a telling description of microplastics, as is the uncomfortably graphic “Scratch the scalp of civilisation / And bits of it go all over the place”. Our writer even manages to lighten the seriousness of his message by concluding the poem with a whimsical rhyme.

And who wouldn’t be captivated by a poem titled To a Couple Who Had Their Rings Brought to the Altar by Drone at Their Garden Wedding? Is the couple concerned typical? They “are unafraid of the wind, which bucked the drone almost to ringlessness”. “It was just an everyday wind really”, observes the poet, thus pointing up the lack of awareness most of us are still suffering from.

In Shin-deep in Flood Waters, Already Afraid, our poet lets images replace the temptation to hit us over the head with blame or dire warning – which is why his work is eminently readable and palatable. “I’m just in my wellies / gawping at river spillover / out of curiosity”, suggests an onlooker – albeit a concerned one.

Kennedy has chosen a subject of world-changing import for his poetic attention. Not all the poems comment on climate change and the need for action, but I’m not apologising for including here only ones that do.