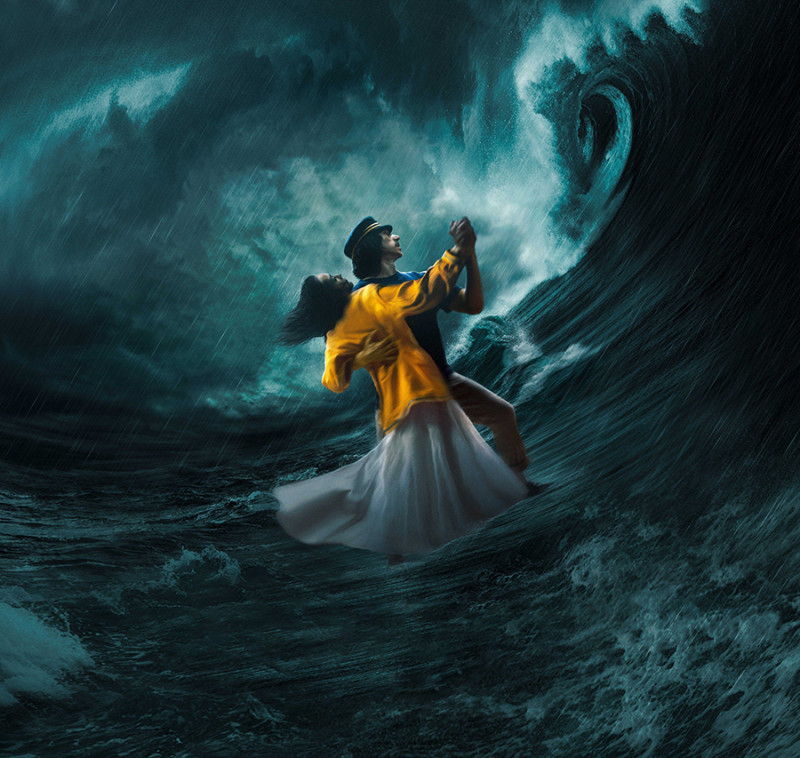 Annette is, in equal measure, one of the most original, baffling, and alienating films I’ll see this year. A surreal experience that reflects the sensibilities of its creators, it builds frustration without relief, yet I can never quite bring myself to look away.

The English-language debut of French filmmaker Leos Carax, Annette is an almost dialogue-free sung-through musical with story and songs by Avant-Garde art-pop duo Sparks. Adam Driver stars as comedian Henry McHenry, who falls madly in love with Ann Defrasnoux, an opera singer portrayed by Marion Cotillard. The birth of their daughter Annette reveals cracks in their star-powered romance, and the plot thickens further when it is discovered that Annette is a prodigy vocalist herself.

Carax is not remotely interested in the real, which we are told from the opening number, a meta tune in which Sparks themselves join a chorus and our lead actors in asking, “so may we start?” This teases a bubblegum musical that never arrives, as once we truly enter, things only fall deeper and deeper into the abyss.

It’s certainly brave to leave us with a lead character this vain, repugnant, and egotistical. Henry’s comedy act relies on shocking his audience, and it seems his presence in Annette is designed to have the same effect on us. This could have been effective had he been portrayed by a lesser-known actor, but here we have Driver – the dude from Star Wars – and it confuses the portrait Carax is trying to paint.

Carax’s audacious visual inventiveness constantly tests the audience; sometimes they suck me in, other times they push me away. Henry and Ann’s waltz atop their yacht, backed by a rear-projected storm, is mesmerising, while the cartoonish ‘Showbizz News’ segments boast greenscreen effects so intentionally terrible they would be better suited to a Saturday Night Live sketch.

Every frame and story beat of Annette demands dissection, and it is destined to become the subject of cult fascination. It will always feel somewhat empty and muddled, but never will it lose its sense of wonder and weirdness.