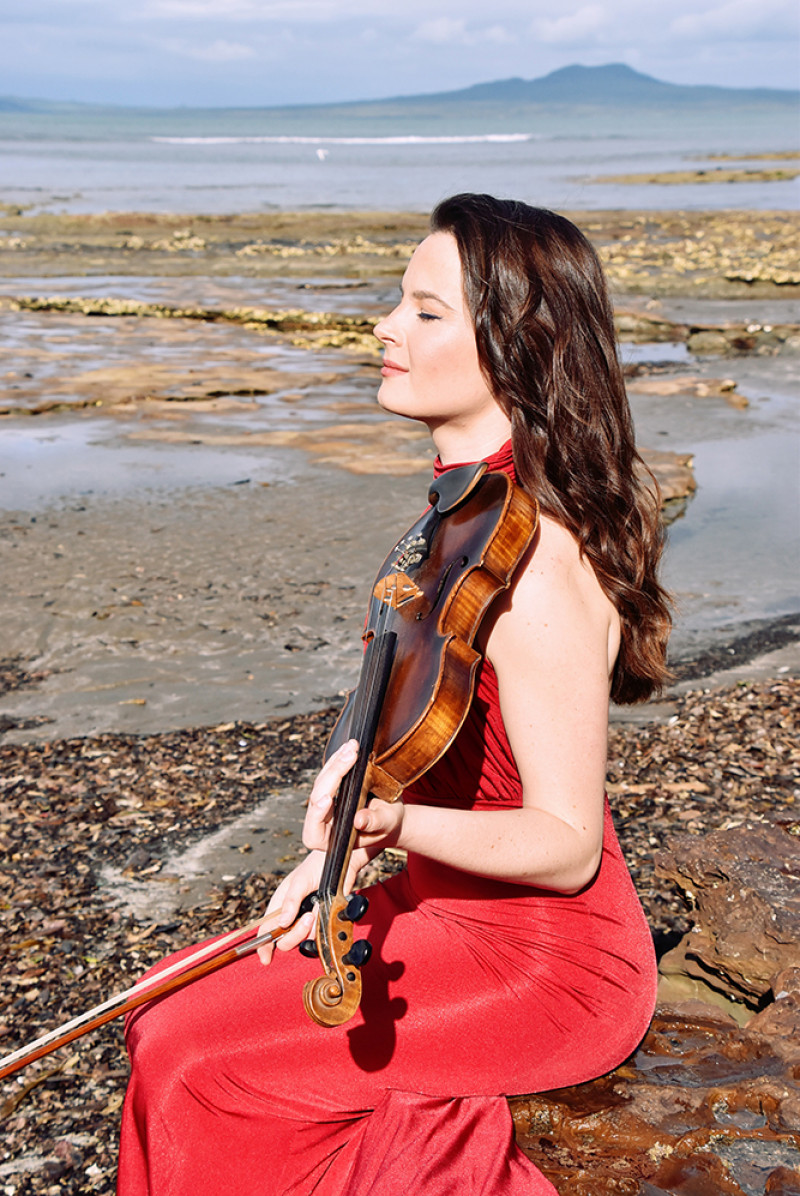 This was the last of the three Orchestra Wellington Mozart programmes with Amalia Hall leading the performance from within the orchestra or as soloist. Quite a tall order, but one which she accomplished with poise and aplomb.

Mozart would very likely have taken the same role with the two works performed, his Violin Concerto No. 3 and Symphony No. 36, known as the Linz symphony. It is staggering to think that his five violin concerti were composed when he was merely 19, and that the lovely and complex Linz symphony was written over four or five days.

The orchestra seemed energised from the start. The concerto’s first movement opened with sprightly, precise, and full-toned playing from the strings. The solo playing was wonderfully expressive both here and in the beautiful theme of the second movement. Horns and oboes added colour and punctuation to the first movement and two flutes contributed to the soulfulness of the second. The third was fast, furious, and jaunty. Throughout, the cadenzas of the solo part were a fitting showcase for Amalia Hall’s abilities.

The orchestra also delivered a great performance of the Linz symphony. It is full of contrasts. In the first movement, the noble and pensive introduction is followed by a martial and accented Allegro that creates drama and suspense. The dark and sober Adagio had a great sense of purpose and direction. The cello section impressed when their turn came to star and the interjections from horns and timpani were emphatic. It was the turn of the oboes in the dignified Menuetto.

And then there was the Presto finale. Mozart wrote that the finale should be played “as fast as possible.” Amalia and friends pushed it along at a dashing rate but it was still delicate and delicious. I could have laughed out loud with the exhilaration of it.