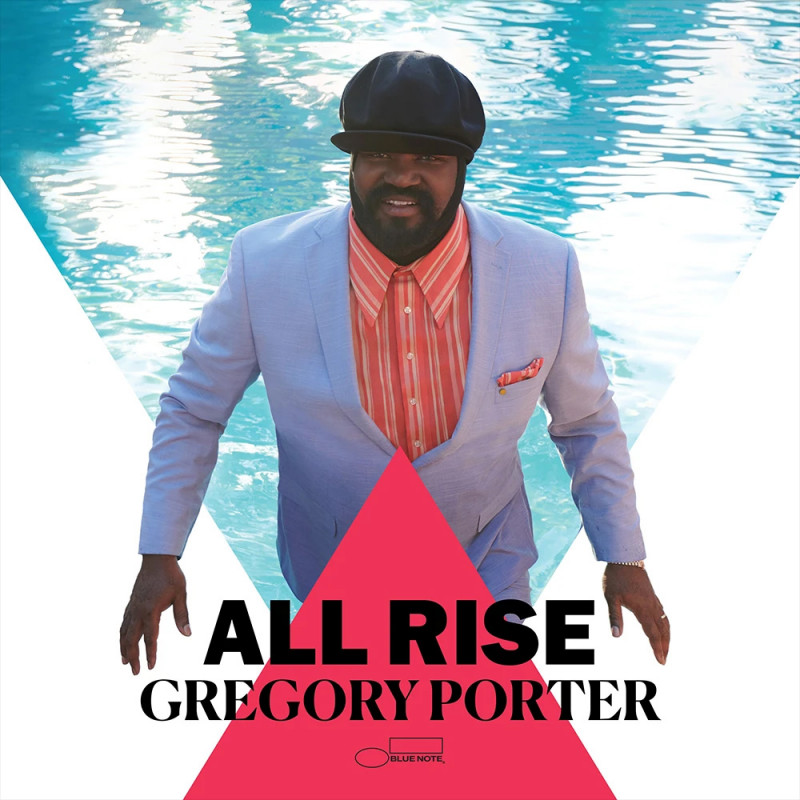 Just recently I came across a cartoon in which two small children were seated at the feet of an older man (a pipe, smoking jacket, armchair, you get the picture) as they ask, “Tell us grandad about the time you used to have to buy an album just for one song”. Yes, I roared with laughter as I saw myself not only then, but now. This came to mind as I was listening to Gregory Porter’s new album that I’ve been looking forward to. And yes, it’s worth buying it for one track, If Love is Overrated, but to say that would be disingenuous – the album is simply one of the best of the year.

Porter has a strikingly original soulful voice, a voice that conjures up the church and soul of Al Green, the seductiveness of Marvin Gaye, and the intimate warm baritone of Billy Eckstine.

There is nary a song on this album that doesn’t drip with sincerity. Porter’s articulation is another outstanding element, but more than ever, he has created a body of compositions that others can cover for years to come.

There is a myriad of emotions deployed here. Mr Holland is one example, with a rollicking Hammond organ and swinging brass. At the end of this song, which is about a Black youngster wanting to play with Mr Holland’s white daughter, the youth discovers that Mr Holland doesn’t discriminate. Given the times we live in, it’s very timely. Towards the end of the song, Porter speeds up his delivery, I suspect without telling the band, which catches them unawares. It’s a glorious unscripted moment.

With the COVID-19 outbreak, Porter has cut back on touring and retreated, with his wife and six-year-old son, to his home in Bakersfield, California, a city best known for the country sound of Buck Owens, Dwight Yoakam, and Merle Haggard. In the song Thank You, he pays homage to his Pentecostal church upbringing in the city of his early youth. Another sublime slice of Gregory Porter.