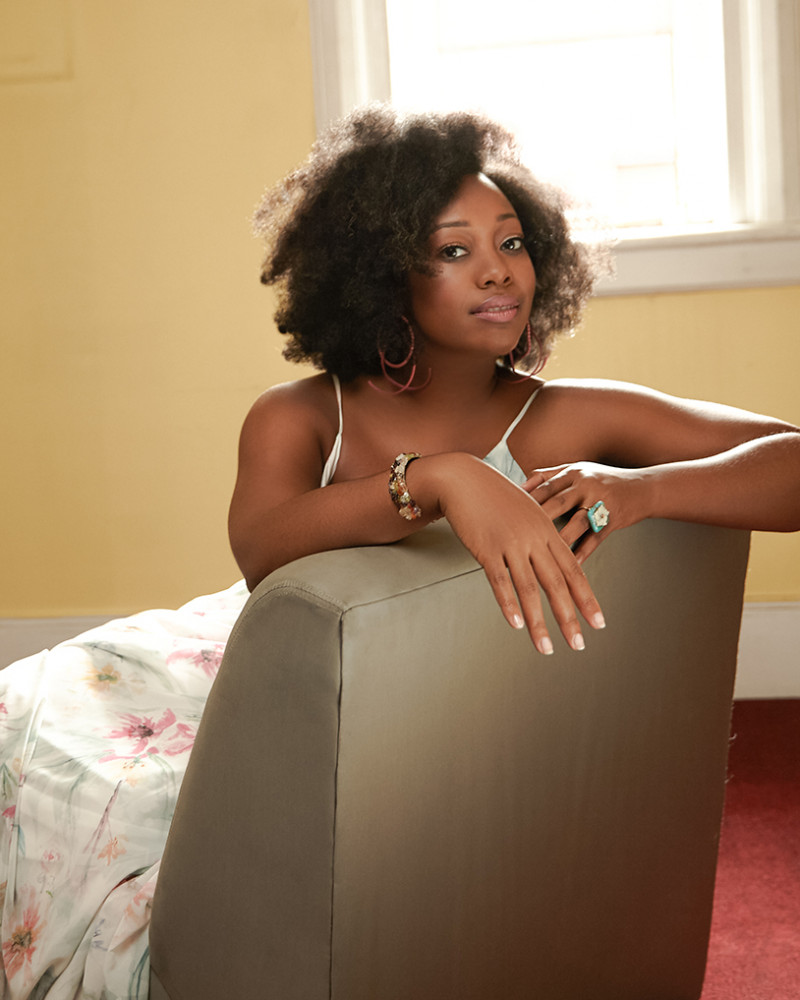 It’s not very often you can say the backing band were invisible and mean it in a good way, but from the moment Alicia Olatuja walked on stage in a simple but elegant blue dress and gave us a smile, everybody but her disappeared. Her body language is sassy and purposeful and her voice seems fully formed.

Olatuja was oozing confidence after a few whirlwind years in which she caught the eye of musical producers. She performed as a soloist with the Brooklyn Tabernacle Choir for former President Obama’s second inauguration. Since then, she has released three exceptionally well-received jazz albums, performed at all the best venues, and has constantly been on tour.

What makes her exceptional is her gift of re-interpreting songs we know (and love). I’m not going to make the mistake of calling her a jazz singer, as I can see in the distance a career on Broadway. It’s a powerful and emotive voice lacking only bass notes, but her middle and high range (she is, in fact, a mezzo-soprano) is just perfect for projecting to the back row of any auditorium. In fact, her voice borders on that of the late lamented Minnie Ripperton.

This is a well-balanced programme tonight with a repertoire from Sade, Joni Mitchell’s Cherokee Louise, a song I’m unfamiliar with, and a highlight for me: Djavan’s Portuguese language Serrado (Ao Vivo), with the perfect solo from pianist Robert Mitchell. The encore with just her guitarist, Tracy Chapman’s Everything Must Change, richly deserved the standing ovation.

I’m a huge fan of artists willing to take a chance. So early in her career, Olatuja chose to find composers who have something unusual to say rather than spout Hallmark lovey-dovey lyrics. Some of the themes border on the uncomfortable, with childhood violence, staying in broken relationships, or body image issues.

Thanks to her most recent album Intuition: Songs from the Minds of Women, Olatuja has tapped into a rich vein of material that is well worth pursuing. How wonderful that she shared many of the song’s origins with us tonight. Long may she prosper.