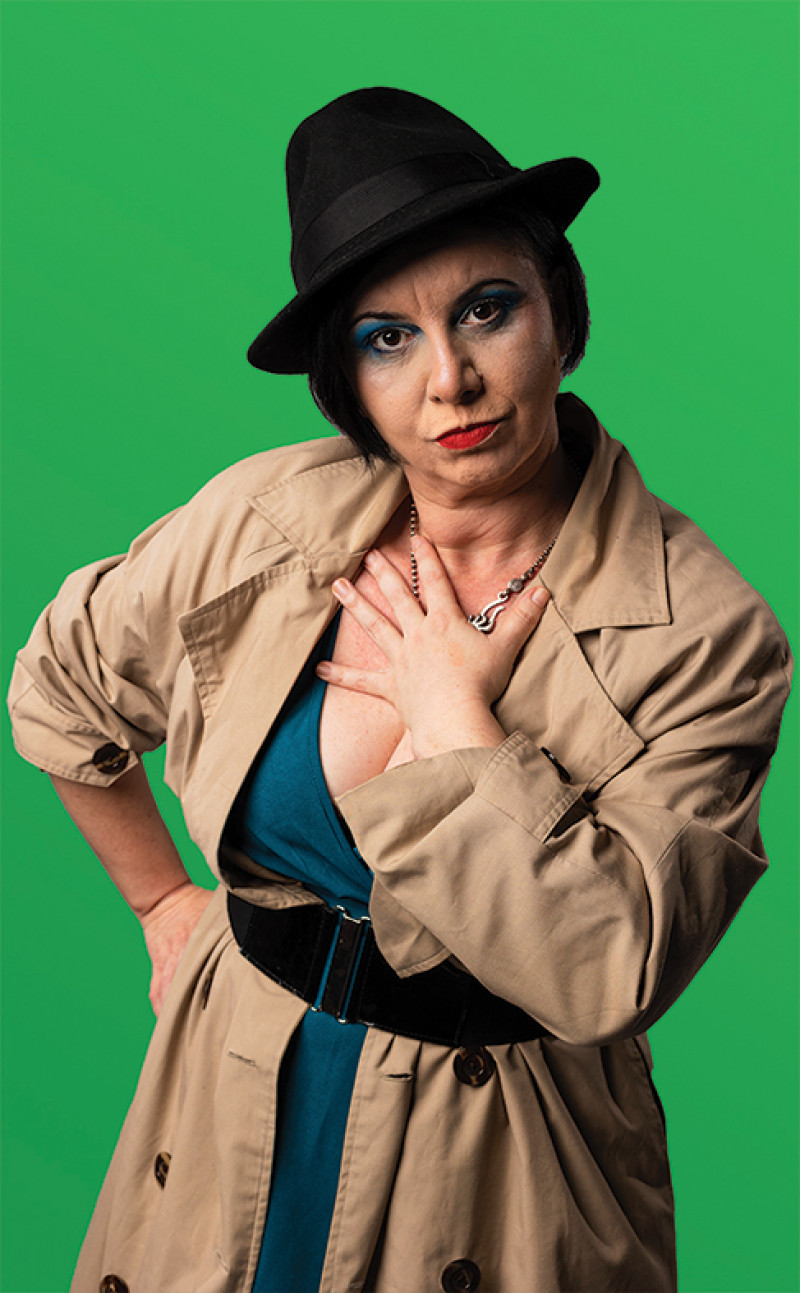 Loud, proud, and disavowed; Agents Provocateurs tells the story of half a dozen female spies throughout history, spanning some 400 years. Each tale of bravery and brutality is accompanied by a pop song parody, with snippets of Jo Marsh’s life threading a narrative together. Though this entire TAHI New Zealand Festival of Solo Performance piece is delivered with fierce enthusiasm, I am left feeling like we’ve barely scratched the surface.

The set design I applaud. The stage is set as an archive room out of time, with file boxes scattered everywhere and a sprout of cardboard tubes. Dynamic lighting takes us from scene to scene, from a melodramatic performance realm and back to Marsh’s direct address. These transitions are slick and effective, demonstrating the show's high production value. I’m only slightly perturbed by the sudden appearance of a pair of puppets, which are equal parts amusing and confusing.

The format is established as Marsh takes us through Mata Hari’s journey during WWI. We get the key points of each spy's life, but never much more than that. I feel we miss out on juicy details and the nuance and intrigue that are so inherent to the appeal of spy stories. The songs are fun, the rewriting clever in some places and verging on cringeworthy in others. I’m swept along by Marsh’s passion for her craft and her insatiable fervour as she regales us with each woman's life story.

Throughout the performance, the audience is bombarded with feminist and antifascist sentiments. Marsh reminds us that trans folk have existed for centuries, that women have been fighting out of the spotlight forever, that Nazis are… y’know, bad. While these are all obviously excellent messages, they’re nothing I don’t already know, and Marsh seems hesitant to delve deeper into her subject matter. These are powerful characters and I’d love to learn more about them. Next time I hope to see a more aggressive message from such an powerhouse performer.