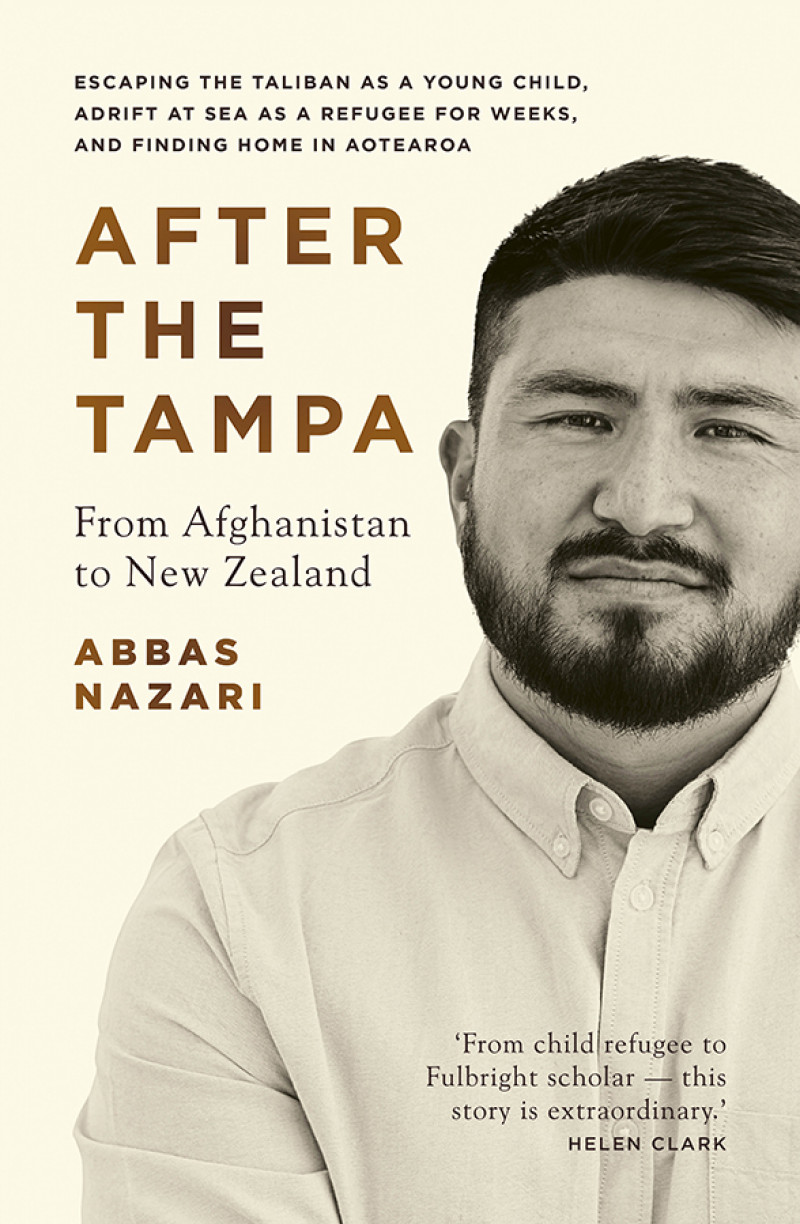 “Everyone has heard about refugees, but hardly anyone has ever met or got to know one personally. It’s time they did.” Thus writes Abbas Nazari in the prologue of his story After the Tampa.

You won’t be able to claim ignorance after you’ve read this extraordinary account of a young boy’s escape from Afghanistan and the Taliban, and his journey to Aotearoa.

The tale unfolds like a drama. Settings range from Sungjoy, a tiny rural spot in Afghanistan, to the unseaworthy Palapa, then the giant rescue container ship the Tampa, to a new home in Aotearoa. Characters in the drama include Nazari’s family, chiefly his magnificent dad, defiant Tampa sea captain Rinnan, Australian pre-election PM John Howard (regrettably), and just halfway through the narrative our own Helen Clark, with her offer to take 150 of the refugees stranded offshore of a country that refuses responsibility for them.

But the script of this drama is the most astonishing thing. By script I mean the tone and voice of the narrative. Nazari’s writing is powerful, and its power derives from its simplicity. I do not mean that as criticism. It is the absence of any overlay of bitterness, negativity, or complaint that makes this narrative so compelling.

Facts speak for themselves, and if we are aghast at the acts of the Taliban, the unsanitary conditions endured by seven-year-old Nazari and his siblings, and the appalling attitude and behaviour of the Australian government of the time, our reactions are mitigated by Nazari’s practicality and sense of reality.

Once settled in Christchurch, Nazari’s aptitude for learning recalls an early incident in Afghanistan, when, following his elder brother to school, he corrects the teacher’s pronunciation. Should it come as a surprise then, that this boy should go on to university honours and a Fulbright scholarship, spend time in Washington DC, and write this book.

“Opportunity is a charging bull,” he wrote, while still at school, “and it was up to us to wrestle it by the horns”.