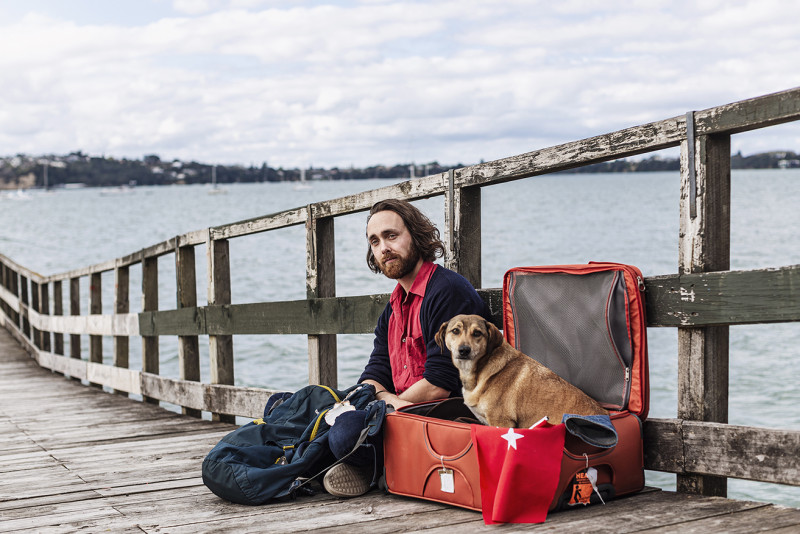 A Traveller’s Guide to Turkish Dogs

Running at Circa Theatre until 8th Feb 2020

Created by its performers Barnaby (Barney) Olson, Stevie Hancox-Monk, Andrew Paterson, and Tess Sullivan, as well as its director Jonathan Price, A Traveller’s Guide to Turkish Dogs follows Barney on his big OE. While mending a boat with a bunch of zany travellers in Finike, Turkey, a stray dog follows Barney home. She’s in a bad way; the kindest thing to do, says a blokey mc-blokeity sailor (Sullivan), would be to put her out of her misery. But nobody can do it.

After a series of attempts to remain dogless (including a rejected “death needle” and a visit to a fabled fisherman), Barney reluctantly accepts that, yes, he’s got a dog. He names her Helena. Getting Helena back home to New Zealand proves quite the challenge, but it makes for one hell of a (true!) story.

A Traveller’s Guide to Turkish Dogs is pure stage magic. It’s the reason theatre can still compete with Netflix. A huge part of the magic comes from Lucas Neal’s versatile set, which radiates rustic seaside charm. The action takes place on a half-made boat, and while the use of the different spaces isn’t 100 percent consistent, it’s a clever idea that creates countless striking stage pictures.

And then there’s the puppetry. Helena is sensitively brought to life by Hancox-Monk with a plain cardboard box. Immediately, we accept this quivering, quaking, pouncing mound of cardboard as the beloved Helena, although the illusion is momentarily shattered when the same box is used to represent a different dog.

The production is filled with electric performances. Paterson’s history teacher is fantastic, while Sullivan is a hoot in every role. Olson is the kite master, allowing the cast around him to soar with his grounded stage presence.

Oliver Devlin’s expressive sound design works to accentuate the most powerful moments, especially the ending. I can’t spoil that here, but it was the best moment of my year so far. This devastatingly charming show will be hard to beat.