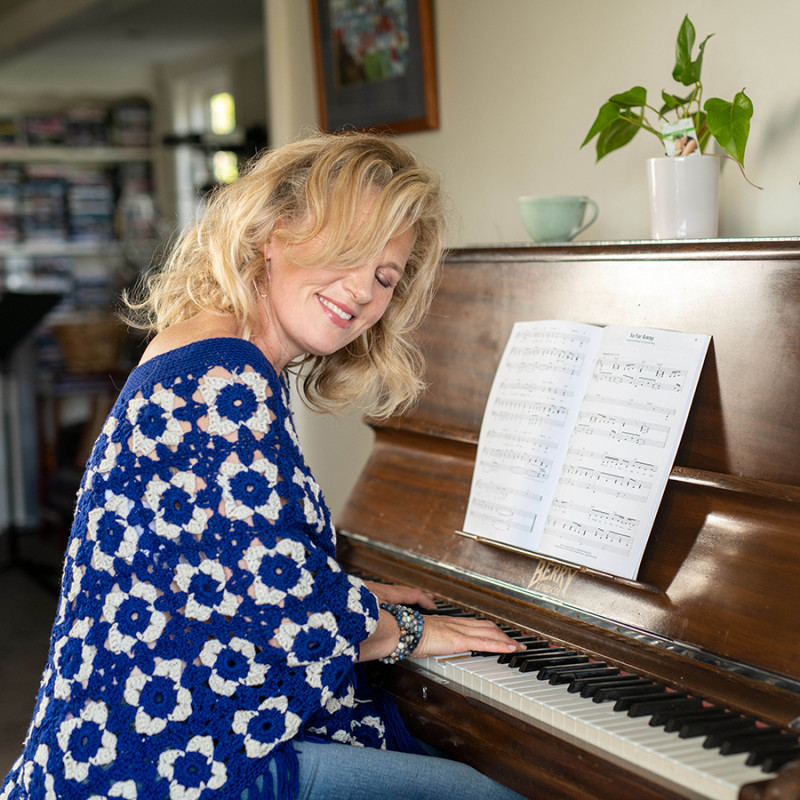 Running at Circa Theatre until 22nd Feb 2022

It’s clear there are many Carole King fans in the house at A Natural Woman. While I’d happily belt out hits like I Feel the Earth Move, Will You Love Me Tomorrow, and the titular A Natural Woman (cue a rousing chorus of “you make me feeeel!”) on karaoke night, I know very little about the master musician behind them. I am however a big fan of Ali Harper, which is more than enough to get me through the door.

Supported by her talented band of Nick Granville on guitar, Scott Maynard on bass, and Francis Meria on piano, Harper performs a range of King’s most popular and lesser-known songs with soaring vocals and dazzling star power. Between the songs the audience is treated to brief spoken interludes that give us a behind-the-scenes glimpse into King’s life and music. These moments shine the brightest when Harper speaks of her personal connection with the American singer-songwriter and often lead beautifully into the next song.

The main sensation I feel during A Natural Woman is surprise. Wait, Carole King wrote that? And that? And that? This is a particularly special feeling when Harper starts singing Where You Lead, the theme from Gilmore Girls… which my friend and I were talking about just before the show!

Around the halfway point, guest singer Francis Leota walks onstage and wows with vocals that blend beautifully with Harper’s. Two voices matched in heaven. Performing a stirring solo of Child of Mine, not to mention ably supporting on the congas, Leota is a wonderful addition to the band of consummate musicians.

When Granville and Maynard are recruited to sing backup, they do so well but look out of their comfort zones. I hope their nerves dwindle over the course of the season, because they have every reason to feel confident in their vocal abilities.

In A Natural Woman, Ali Harper honours Carole King with an uplifting and astounding performance.