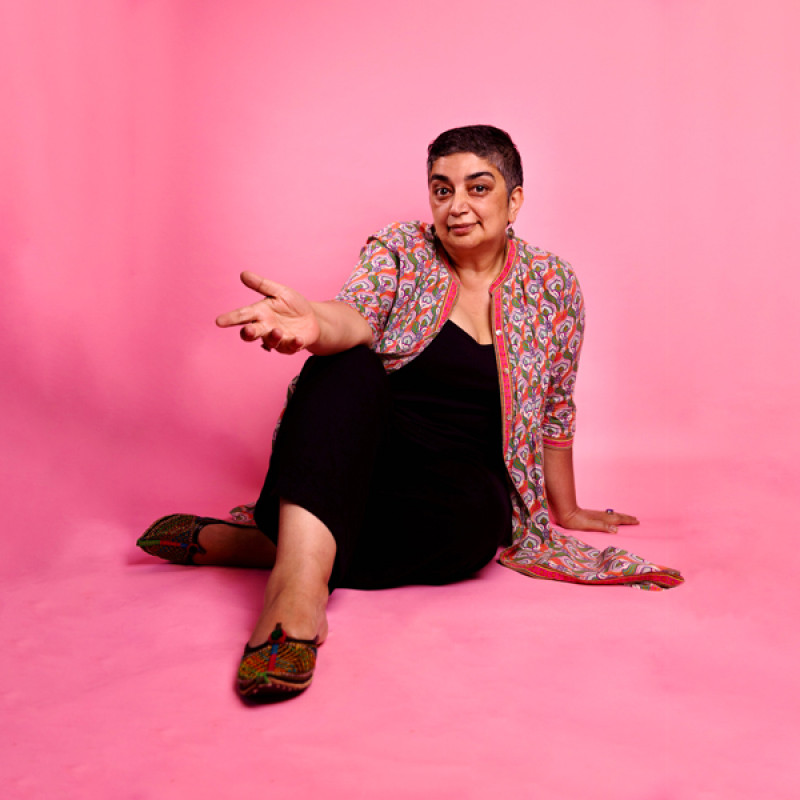 Running at Circa Theatre until 27th Aug 2022

In Tea with Terrorists, Sameena Zehra shares stories of a fascinating life lived and still being lived in. From wandering outside the green zone in war-torn Kabul to tales of Kashmir set against a backdrop of civil unrest, arguing with mullahs to having a cup of titular tea with titular terrorists, Zehra intricately weaves poetic sparkle through a dark comedy show that centres on family, belonging, and hope.

Tea with Terrorists started out as a stand-up performance and has morphed into a solo show, retaining the best bits of both. Zingy one-liners pepper stories textured with a depth you don’t often experience in comedy sets. My absolute favourite aspect of stand-up is hark-backs to earlier jokes that make the audience feel like they’re in on something, and at 70 minutes, Tea with Terrorists has several clever instances of this. I’m sure anyone watching will agree with me when I reference the stalking sheep here. And Grandma!

As funny as Tea with Terrorists is, you might have gauged from the title that it does deal with heavier subject matter. Zehra’s consummate control of humour balances the light and the dark, the silly and the sombre, sobering the audience even as we chuckle in our seats. It’s a fine line that only a master of storytelling and comedy could straddle.

Music (Mike Mckeon, composer and music director) is used to great effect and not once for the sake of it, never overshadowing a performer who could comfortably hold a room captive in complete silence. Marcus McShane’s lighting scheme gorgeously accentuates the bright reds and oranges of Isadora Lao’s warm and welcoming set, taking a less-is-more approach during the action. Showing restraint in the lighting and sound design is the perfect choice – both are subtle, sophisticated, and allow Zehra to shine.

To watch Tea with Terrorists is to be a part of something special.