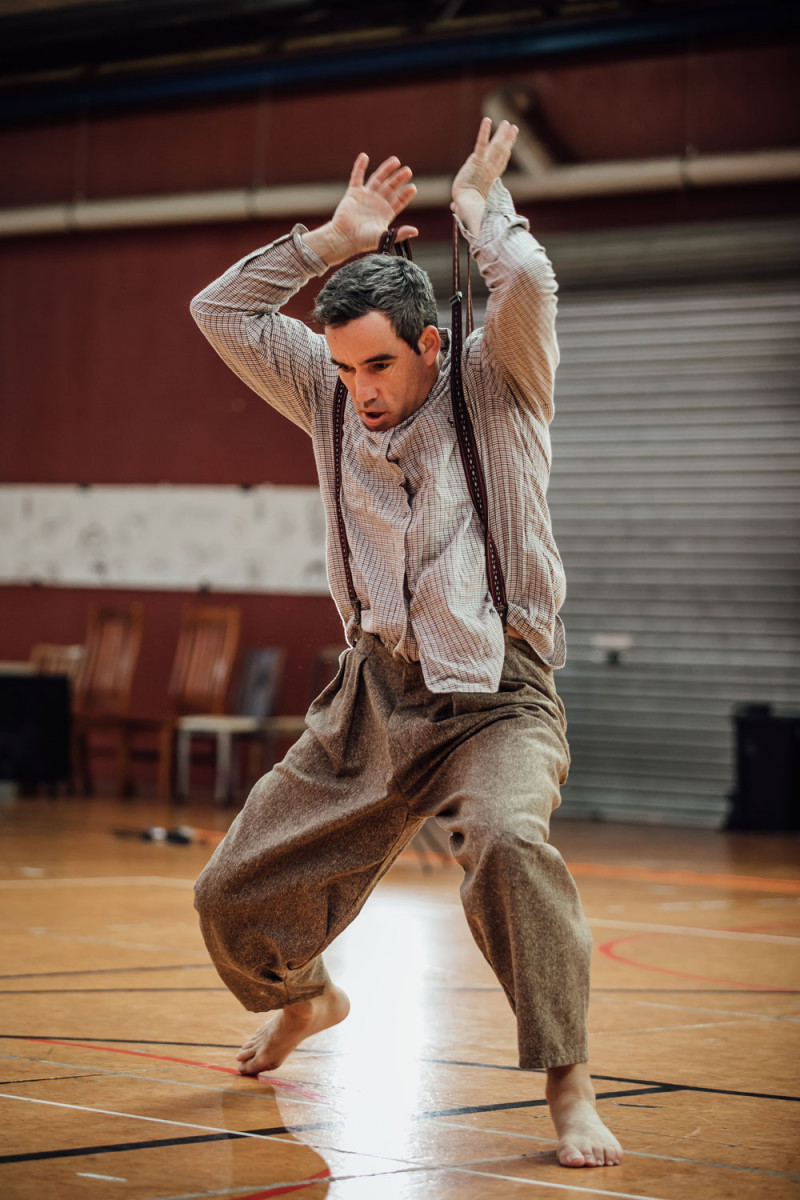 Red Leap Theatre’s performative rendering of Janet Frame’s seminal novel Owls Do Cry is more of a commentary than a clear-cut adaptation. It tries to read between the lines of the evocative prose and lock onto its complexities and the things that are left unsaid. Did it work as a piece of multi-disciplinary theatre? It depends on who you ask, but I know that I left with complicated feelings.

Director Malia Johnston is a powerhouse in the arts world. Many will be familiar with her through her work on the World of WearableArt® Awards and her multimedia approach to performance. Going into a show with Johnston’s name attached guarantees a spectacle and a remarkable line-up of collaborators – from the performers through to the lighting (Rachel Marlow), sound (Eden Mulholland), and AV (Owen McCarthy). Owls Do Cry did not spare on any of those components but it may have muddied the premise. There was always something happening, whether it was broad physical theatre from the inimitable Ross McCormack, a magical display of light, or a gut-busting vocal solo by Hannah Lynch. It felt like your brain didn’t always get a chance to process the meaning.

Despite the sensory overload, the work exhibited a clever arrangement of dance, theatre, song, and design. Every element felt heartfelt, and each performer brought their own powerful presence. Margaret-Mary Hollins gave a delightfully understated performance as the troubled mother, and she was the one that I left thinking the most about. It was haunting, the way she seemed to float on the cusp of the action, there but not really there, acting as a silent witness. Then there were the handful of intimate duets performed by Hollins and McCormack, which transcended the physicality and inspired a deep, emotional response.

Owls Do Cry is a great example of what live theatre can be but for some it may sit in a mysterious realm of abstraction. While it might not be for everyone, Red Leap Theatre can be applauded for their bold interpretation of a New Zealand treasure.