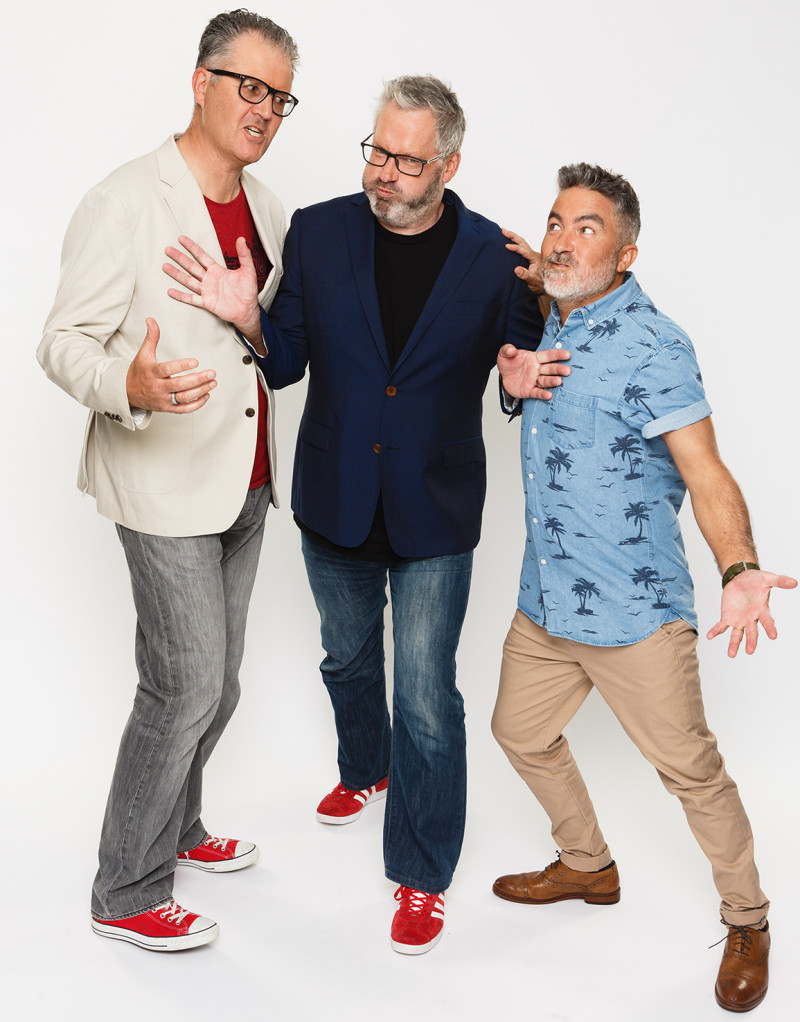 7 Days is by far my favourite TV Three show. I love nothing more than curling up on the couch on a Friday night to watch comedians ‘discuss’ the news. With a core team of Jeremy Corbett, Paul Ego, and Dai Henwood, and such regular guests as Justine Smith, Ben Hurley, Josh Thomson, and Jeremy Elwood, the jokes are always fire. But it’s the camaraderie that really makes the show shine. It’s clear these guys are mates, so when they rip each other to pieces, we know it’s all in good fun.

That’s what makes us more inclined to accept the inappropriate jokes too, though seeing 7 Days Live made me realise just how much happens behind the screens. Corbett told me about 50 percent of what they record for each episode makes it onto the telly. Now that I’ve been to the live, uncensored show, I reckon it’s more like 20 percent.

The first half of 7 Days Live sees each comedian deliver a seven-minute stand-up set. Ego does an awesome stick man impression, Hurley waxes lyrical about the removal of his body hair, Thomson reveals the joys of having children, and Elwood tells a joke about how women never go for the nice guys. Funny how it’s only ever the ‘nice guys’ who say this, huh? With her unabashed set about shrill women versus lazy men, Smith is the one who smashes the house down, but each 7 Days comedian is at the top of their game.

In the second half, the audience is treated to the 7 Days we see on TV and then some. Corbett is the perfect host, knowing when to drive the action forward and when to let the good times roll. Henwood is my favourite in this act for his brilliant randomness, though a joke he makes about Down’s syndrome is not cool.

For the most part, 7 Days Live overflows with intelligent, hilarious comedy. There’s no doubt it’s a blimmin’ good time. But with cheap jokes that bring minorities down, methinks the editors can stick around.