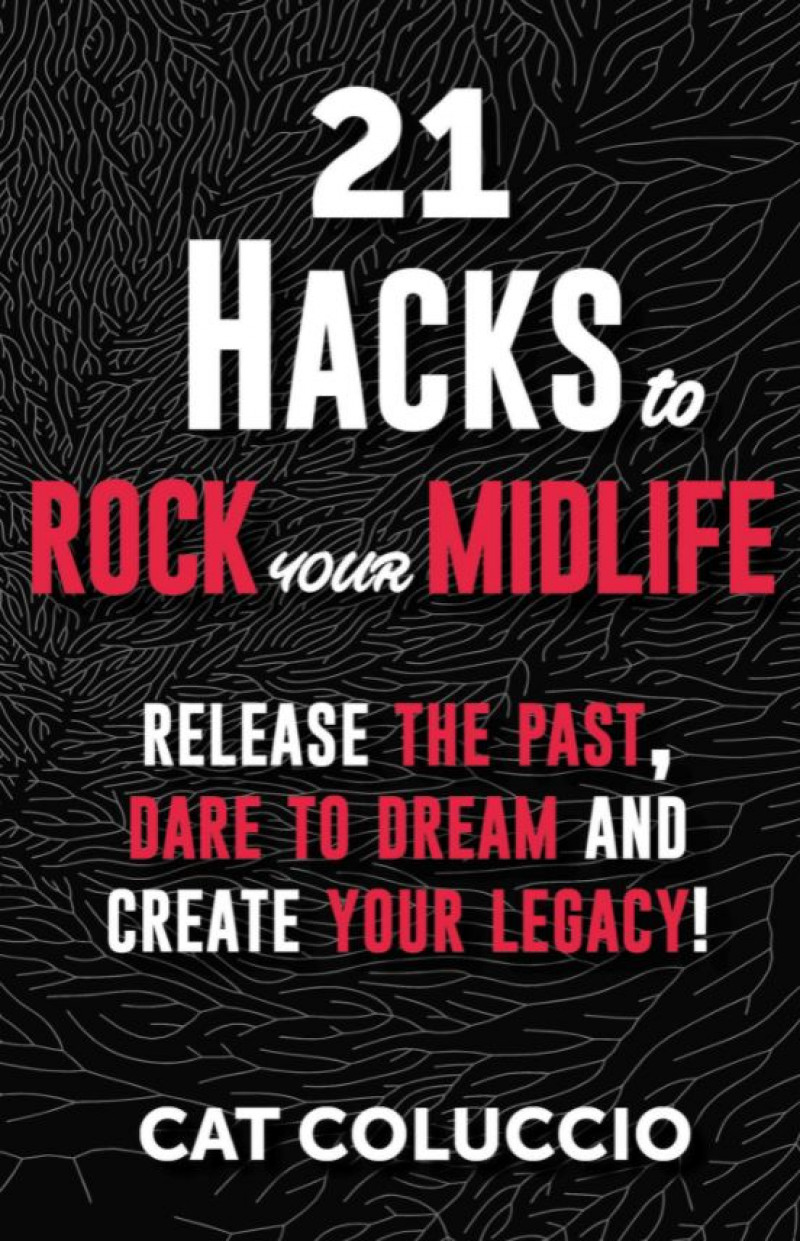 21 Hacks to Rock your Midlife

Two things strike me about the cover of 21 Hacks to Rock your Midlife. A title like that clearly signals that this is a book for women. Men don’t need to “Release the Past, Dare to Dream and Create [their] Legacy”, do they?

And then there’s the word “hacks”. I’m not going to pretend I didn’t have to check Wikipedia for the new and improved meaning of a word that’s got a history of negative connotations. For the uninitiated, a hack can now mean “any trick, shortcut, skill, or novelty method that increases productivity and efficiency, in all walks of life”. Hmmm.

“Midlife isn’t an age. It’s an experience”, midlife success coach Cat Coluccio assures us. And we get to find how that plays out in seven sections. Awakening and Releasing sound too New Age for me, so I start with Creating Space and its theme of decluttering.

That’s something I could sound as earnest about as Coluccio. “Clutter is not just the stuff on your floor – it’s anything that stands between you and the life you want to be living.” Now that’s a grand statement. If the reader makes it through a series of confronting questions about the state of their desk, wardrobe, or benchtop, they are rewarded with a list of step-by-step actions to take.

Decluttering is hard work – whether we’re talking physical, digital, or mental. Coluccio makes no bones about it, which makes this section alone worth the price of the book.

Ditch the Perfectionism! is also a useful section. It contains well-aimed advice at a philosophy that sounds admirable but is actually a disguise for something less so. Such are the delusions of midlife.

Being 70+, I approached Coluccio’s midlife hacks with scepticism. Would her suggestions come too late to save me from my lifelong accumulation of letters, photos, and diaries?

A hack is supposed to be a shortcut, but there are no shortcuts here. Not Coluccio’s problem – she’s written the book – it’s up to us to take the action.