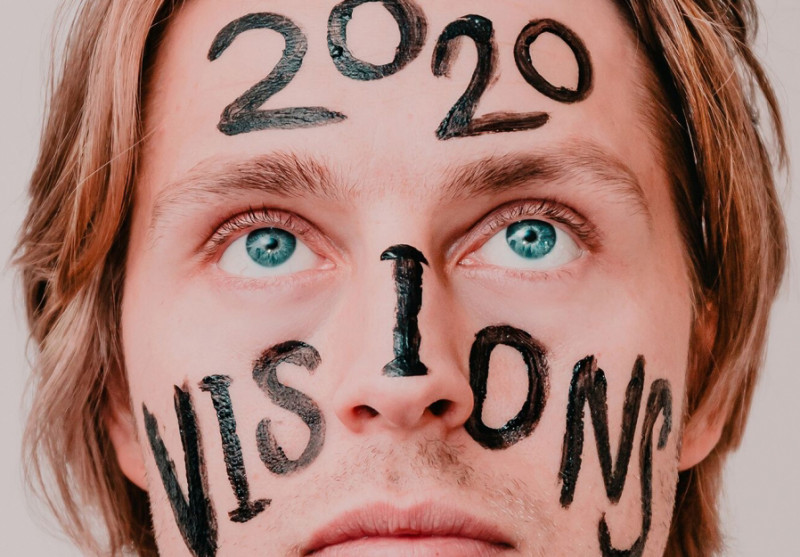 Tom Skelton is blind, or as he says in the first 10 minutes “a VIP – visually impaired person”, and the concept of the show is “What would life have been like if I hadn’t gone blind?” I thought this was a good idea that you could do a lot with, but for me, the concept was underused.

Skelton relies on puns for a lot of the humour, and though puns may do it for some, they don’t do it for me. I come in hoping to learn something about the experience of being blind but I leave feeling like I haven’t really learned anything. Skelton encourages the audience to relax, to feel comfortable, and not to worry about being offensive when we laugh along with him about what life is like being blind. But for me, I don’t see why a lot of the things he says are supposed to be funny. It feels like they are normal parts of life, and being blind is normal. And that’s not to say you can’t get comedy out of normal life, but I find Skelton’s delivery doesn’t succeed in doing so.

Skelton has a very likeable personality, which comes through. As soon as he starts the show I like him, I’m rooting for him, but as the show goes on I lose hope that this show will be either informative or entertaining. In saying that, most of the audience is in fits of laughter from beginning to end so I suppose it is a matter of taste. But I do leave wondering how I would feel if someone who shared a similar life experience to me, who was a part of the same demographic as myself, were to stand on stage and tell an audience “it’s okay to laugh at us, because I said so” and continue to tell a series of – well, Dad jokes that don’t really speak to our experience at all.