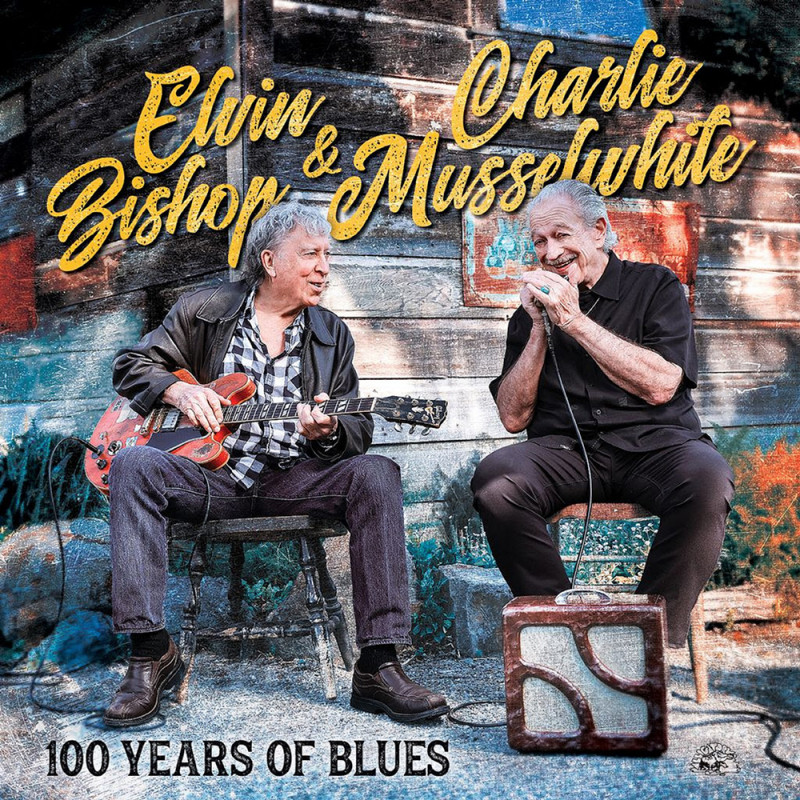 How wonderful to see two stalwarts of the blues checking in their egos at the door and having a rambunctious time. Elvin Bishop started with The Paul Butterfield Blues Band and then went on to a solo career and had a hit with Fooled Around and Fell in Love (1976). Later he played with John Lee Hooker, Clifton Chenier, and Bo Diddley. So, no slouch then.

Likewise, Charlie Musselwhite, reportedly the inspiration for Elwood Blues (the character played by Dan Aykroyd in the 1980 film The Blues Brothers), has been on the blues scene for decades.

For two musicians from the South, both who made their careers in Chicago and have played together over the last 50 years, it’s remarkable they have never recorded together before.

Musselwhite brings his growly fat harp sound, just like he did on my blues album of the year Sanctuary (2004). It’s an album that included The Blind Boys of Alabama, Charlie Sexton, and Ben Harper. Bishop with his skewed, often funny take on life is still a delight. Okay, he is never going to trouble the charts again, apart from the blues best sellers, but chances are if you stepped into a juke joint on a Saturday night in the Deep South, they would probably have to roll you out sometime on a Sunday morning. But you would have a big smile on your face just from the experience.

Years ago, I read that The Animals played a gig in Newcastle then took the train to London, recorded their first album in just a few hours, caught the train back to Newcastle, and played a gig the same night. Bishop and Musselwhite took two days. I love albums that have that spontaneity.

I won’t pretend this is a great album, it is what it is – two old friends just having a good time with good music.