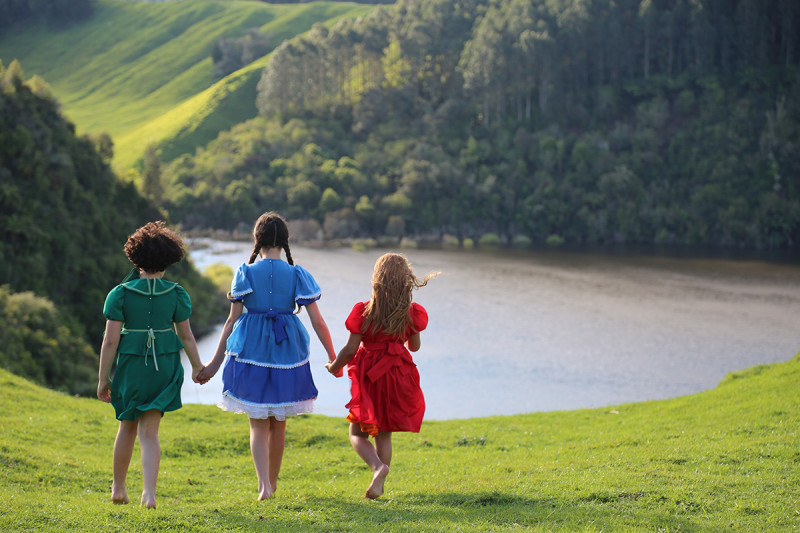 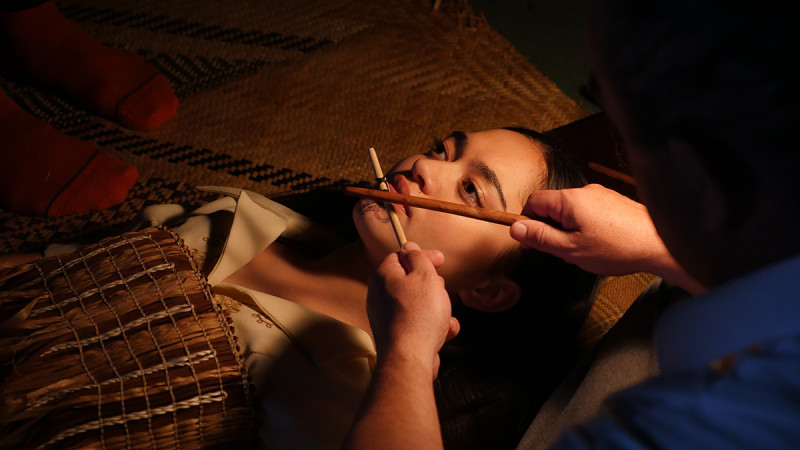 Wāhine Māori voices on the big screen by Sam Hollis

The voices of wāhine Māori have been absent from our screens for too long. Cousins, an adaption of the acclaimed novel by Patricia Grace, examines the lives of three cousins – Mata, Missy, and Makareta – who are separated by circumstance but bound together by blood. The film will open in cinemas across Aotearoa on the 4th of March.

Orphaned and estranged from her whānau as a child, an elderly Mata wanders the streets of Wellington in search of connection. Passing through her childhood, young adult life, and later years, we watch as she navigates love, loss, and disconnection from her people and her heritage. As she grows up, so too do her cousins Missy and Makareta, who long to return Mata to her whenua (family land) whilst facing their own battles.

Cousins is co-directed by Ainsley Gardiner and Briar Grace-Smith. The latter also adapted the screenplay and plays Older Makareta alongside a host of stars as we jump in time from era to era, including Ana Scotney (The Breaker Upperers) as Adult Mata, Tioreore Ngatai-Melbourne (Hunt for the Wilderpeople) as Adult Makareta, and Rachel House (Whale Rider, Soul) as Older Missy. For actress Tanea Heke, who portrays Older Mata at a stage of her life when few words pass her lips, the role was about looking inwards.

“Briar always describes her as a matakite – someone that can see beyond what we see in the physical realm,” Heke says. “She always walks with people that we can’t see. Her mum is always with her, she’s always with the cousins, always reliving her memories… she carries everything she needs on her back.”

Grace’s novel was published in 1992 and quickly caught the eye of filmmaker Merata Mita. The two met by chance at an airport and Mita expressed her deep desire to adapt the story for the screen. The two began working up a script, though it never came to be before the director’s passing in 2010. With this release, Cousins has remained in the grasp of wāhine Māori, much to the delight of Heke.

“It’s a real pleasure to step back into a Māori kaupapa. There was always a karakia to start us off at the beginning of the day, there’ll always be a karakia to finish us off at the end of the day, and heaps of kai – these values that I hold so dear are actually really evident when I work in a kaupapa Māori environment. So for me, it’s a real pleasure because honey, it ain’t about the money! It’s about the feeling of whānau.”

With a set firmly steeped in tikanga Māori (Māori cultural practices), it’s only natural that the film itself also embraces tradition. Gardiner and Grace-Smith take audiences inside spiritual moments, such as when Makareta is receiving her moko [pictured] or when Mata embraces her grandmother for the first time by performing a hongi.

“Nowhere else in the world can they tell these stories. It’s our story, told in the way that we tell our stories, not in the way the Americans or anyone else might choose to.”