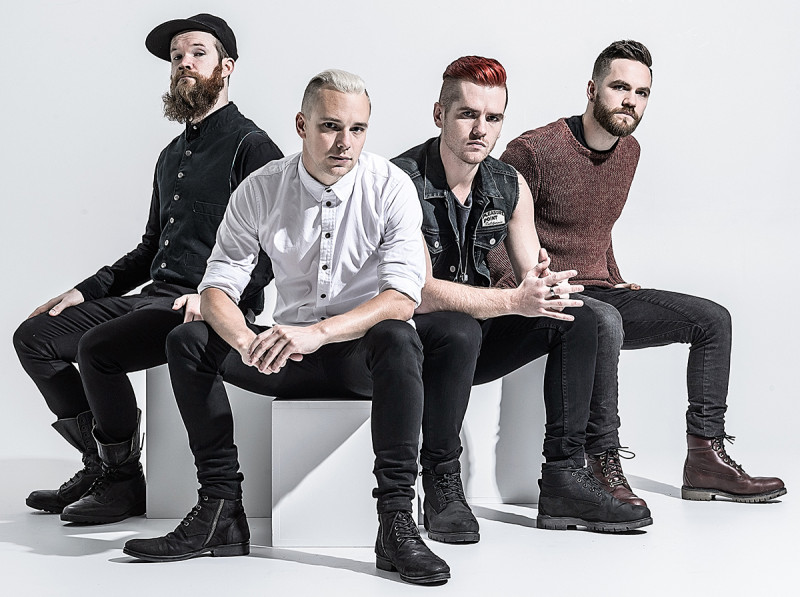 James Dylan, Dave Johnston, Thom Watts, and Neill Fraser got together in late 2009 under a name “that was unique but had some teeth”, Fraser says.

“The villain in films is always the outcast and person you love to hate and hate to love, that felt fitting to our ethos of challenging the status quo.”

Villainy have been making waves on the rock music scene ever since. Named the Best Rock Group at the 2019 Aotearoa Music Awards, they have a string of hits to their name from albums Mode. Set. Clear (2012), Dead Sight (2015), and Raised in the Dark (2019).

2020’s EP Beggar hasn’t seen a release tour – until now, that is. February can’t come soon enough for the four-piece, who’ll bring their biggest touring production yet to San Fran on Friday the 5th.

“Right now it’s such a privilege to even be contemplating performing live to an audience in any capacity. And we’ve played Wellington pretty much every year since we started and the shows have always brought out some of the most passionate and committed fans.”

Villainy’s career-spanning setlist will be topped with the cherry of the EP’s title track Beggar.

“Most of the lyrics were written by me, alone in an Airbnb in Melbourne while the rest of the band recorded the music. I was struggling with the process, struggling with finding my place in the world and feeling pretty disconnected in general. But, music is very cathartic and writing this provided a release and hopefully has helped a few people who find themselves in similar spaces.”