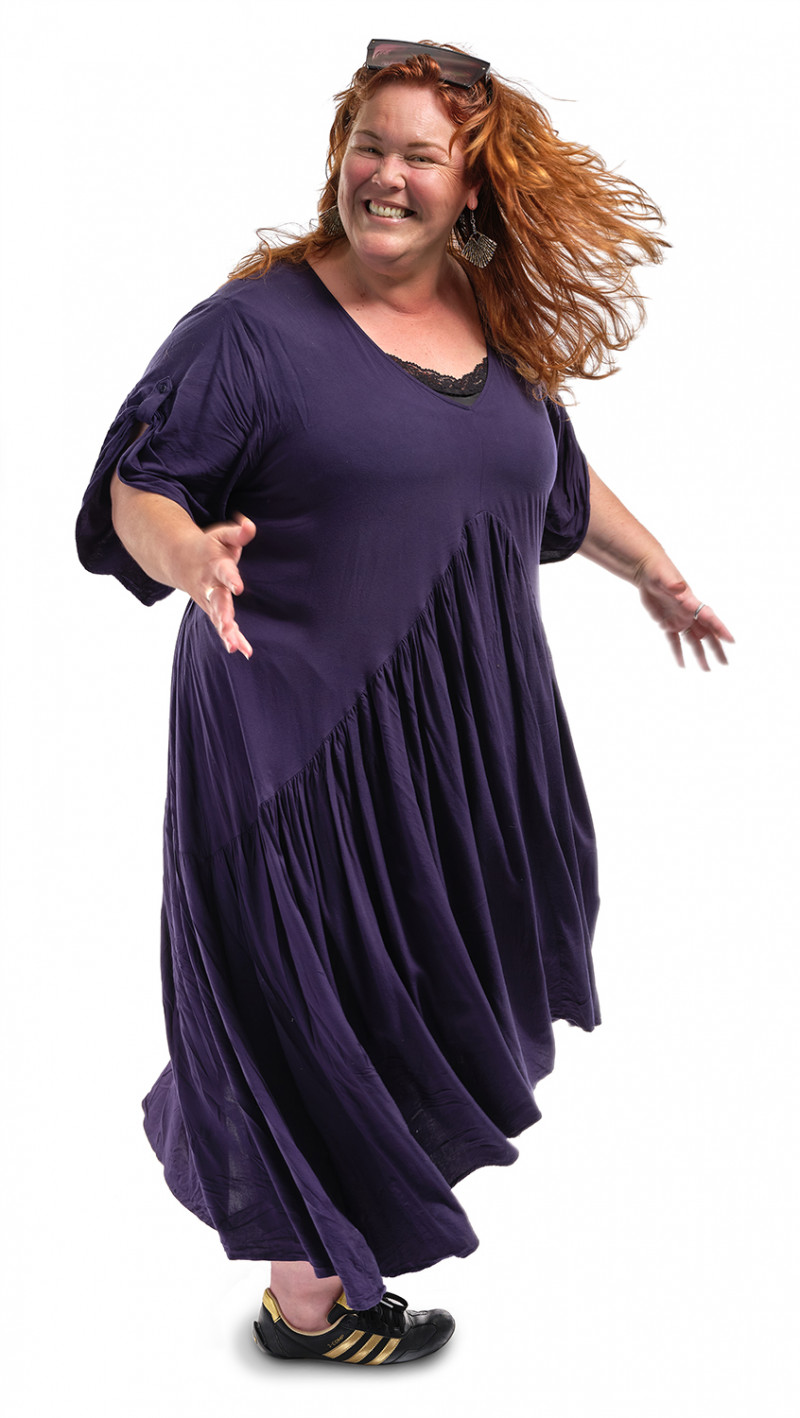 ‘I want to be an artist!’, a seven-year-old Vanessa Stacey informed her parents.

The rest, as they say, is history.

With more than 20 years of experience in creative arts and education under her belt, Stacey has worked as a writer, producer, director, publicist, musician, TV presenter, actor, and tour and festival manager, although I’m sure I’m missing yet more titles! A multimedia artist with extensive credits in film, television, and theatre, she has supported Flight of the Conchords at Edinburgh Fringe, run her own production company in the UK, played the lead role of Freda in Bret Mackenzie’s The Brief and Frightening Reign of Phil, performed with the likes of Fat Freddy’s Drop and Trinity Roots, starred as Alice in The Tribe, directed Shortland Street…

Adding to her powerhouse resumé is Stacey’s appointment as director of the 2022 New Zealand Fringe Festival. I sat down with the Fringe alumna to talk about her big, bright, bold vision for the festival, taking over Wellington from the 18th of February to the 12th of March.

How did your appointment as director come about?

I actually mid-COVID had an exceptional year last year, which not many artists can say. I’d done two television shows [one was Under the Vines, the other is still under wraps], straight into Mrs Lovett [in WITCH Music Theatre’s Sweeney Todd], then doing Aretha with the Auckland Philharmonic in July [performing the songs of Aretha Franklin with Bela Kalolo and Boh Runga]. So it wasn’t on my radar, I didn’t realise it was an option.

I got an email from Drew [James of Creative Capital Arts Trust] going, ‘This position is available, do you know anyone who might be interested?’ In the time I worked for the festival I saw the places where it could expand. Because I’m a multimedia artist I saw what was lacking – there needed to be more music, more film, more visual arts. I saw space for expansion. I basically sent Drew an email of what I thought the festival needed, a creative director, I wasn’t even suggesting myself! And he emailed back, ‘Sounds great, can we offer you the position?’ ‘No! I’m just offering support!’

I was in Sweeney Todd, but he convinced me to come in. I got really excited the more I talked about the festival. He was like, ‘You sound really passionate.’ ‘I am!’ ‘Well would you consider it?’ I asked for a week to think about it, but when I went away it was all I could think about. I came back and said, ‘Let’s meet, lalalala, this is what I’m going to do, and this, and this.’

More visual arts, film, and music – is this how you would describe your vision for the festival?

We’ve spent a lot of time on the artist development programme. We’ve balanced the in-person workshops, which are great, with developing online episodes in a library of resources for artists that we can build on each year. I used to teach film at Massey for years. I’m really lucky I have a lot of resources to pull on, which I think has been really helpful for the festival.

So many of the artists you see on TV are Fringe alumni. Hence our byline The Birthplace of Brilliance. If we can give artists a creative space to be as creative as they dare to be, that is a really strong foundation for a long-term career in the arts. I’m really blessed to have a team that are so committed to that as well.

So artist development, but also as an established artist – and all my friends are as well – I want to make space for established artists to come back to the festival in a mentoring capacity. Bringing in the Jo Randersons and the Brets.

What’s your vision from an audience perspective?

I’d like to broaden the audience and the demographic of the artists. I’m part Māori, and I think it’s part of our unique voice that we have to share with the world as well.

I spend a lot of my time trying to create more space for artists. We got funding to commission two new artists this year to do public-facing pieces which will cause a reaction. We’ve got an amazing piece down at Odlins Plaza on the pous down there by Jamie Berry, a multi-talented visual and video installation Māori artist. She’s going to do this incredible digital mapping, like DNA going up the pous and then turning into pous from all around Aotearoa. Like a legacy piece. And then we have Ariki Arts, an amazing trans Māori artist, doing this beautiful installation.

What about for potential audiences wanting to see a show – what would you say to those who aren’t sure what they’re in for?

I think the beautiful thing about Fringe is that the price point is super realistic. The tickets range between $15 and $25. Take a punt on a show. You might still be talking about it for years.

What is The FAFF Club for our readers who don’t know?

The FAFF Club operated last year for two weekends and came about through funding. Sam Trubridge, who is the brain behind The Performance Arcade – which was initially a Fringe show, that’s the beautiful thing, it really is the birthplace, it enables artists to take risks – approached Sasha [Tilly, former Fringe director] a month out from the festival. Hugo Grrrl produced, and it was predominately late-night cabaret. This year it’s more of a curated ticketed season. We’ve got everything from the amazing Hunter_Raver and the Blue Light Fashion Show [on the Regional News cover last issue] to music, Wiri Donna, Ana Scotney from Cousins fame...

I found myself in the interesting position this year of trying to curate this festival within a festival. I had enough foresight to not over-schedule it. Now we can safely stack shows. Have the audience in for an early sitting at 7, have the space turned over, cleaned, sanitised, and then a later show at 9:30pm.

On the note of sanitising… how did your team navigate the C word?

The C word! Foresight is what is really getting us through this. I had already made the call that when we started ticketing, we’d only sell at Red capacity. Let’s mitigate the fatigue of constant ticketing refunds for two years. And all the venues have been amazing. The biggest impact is on our artist revenue, that’s the hardest thing.

What elements of Fringe are you most looking forward to?

What I’m most excited about is my team digging in. It’s been a f***ing tough couple of years. Oh God, I’m getting emotional. I just love them. I loved them before we hit critical mass. They’re all so awesome.

If anything, these past two years have proved to us all how intrinsically important the arts are to our fabric. To our humanity. It’s our escapism, our emotional support. This is the time for us to try and support the artists in repaying some of that.

I’m most looking forward to safely delivering and creating opportunity for these artists to show their beautiful mahi.